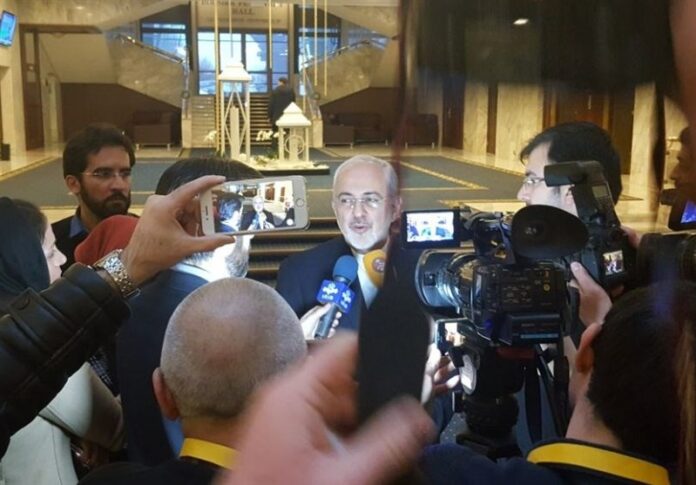 Based on what has been agreed upon in the talks on the Caspian Sea Convention, no foreign military forces could enter the sea, Zarif told reporters upon his arrival in Moscow on Monday.

Heading a delegation of political and legal experts, Zarif is in Moscow for the seventh ministerial meeting of Caspian states, which he said follows 49 sessions at the level of political experts.

The two-day meeting in Moscow would make arrangements for a summit of Caspian leaders, due to be held in Astana, Zarif added.

The muinisterial meeting would focus on the draft document of the Convention on the Legal Status of the Caspian Sea.