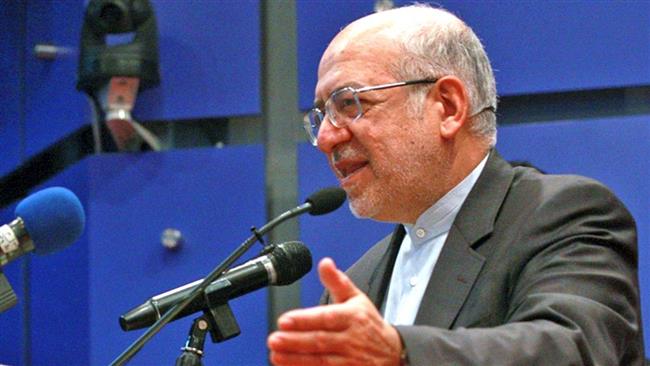 By buying Iranian goods, people can contribute to improving the country’s per capita income, as well as employment, said Nematzadeh.

Nematzadeh said supporting production units as well as projects which contribute to the expansion of non-oil exports top the agenda of the government.

He also called on Iranian consumers to purchase home-grown products to boost the country’s economy.

“By buying Iranian goods, people can contribute to improving the country’s per capita income, as well as employment rate. Iran is getting industrialized and to be successful on this path, it needs the nation’s sacrifice,” said Nematzadeh.

Back in February, Iran’s government spokesman announced that the country will counter foreign economic pressures via relying on domestic capacities.

“I, as the spokesman of the government, officially declare that as the enemies pile up pressures, we will run the country properly via reliance on domestic capacities and boosting unity among people, the government and parliament,” Mohammad Bagher Nobakht said.

He pointed to the ‘unprecedented’ plunges in oil prices in recent months and said dependency on oil revenues was cut by 8% in the budget proposed by the government.

“Despite all difficulties imposed by the enemy, we managed to decrease the budget,” said Nobakht.

The head of Iran’s Management and Planning Organization also reiterated that the budget has been planned in line with principles of resistance-based economy.

This economy is aimed at promoting knowledge-based economy and domestic production, especially in strategic products and services, slashing dependence on imports and oil revenues.