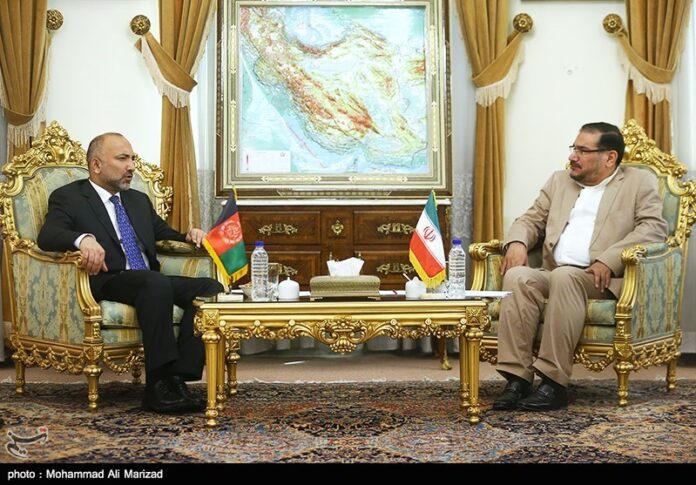 Secretary of Iran’s Supreme National Security Council voiced the country’s readiness to devise joint strategies with neighboring Afghanistan in various areas, such as political, economic and security as well as border issues.

Expressing Iran’s preparedness to work out joint political, economic and security strategies with Afghanistan, Shamkhani said the two nations need to integrate their potential for contributing to regional peace and stability.

He also referred to security as the underlying factor behind development of the joint border areas, stronger trade ties and curbing narcotics trafficking.

Shamkhani further deplored unconstructive coalitions of certain countries in the region with the aim of eroding the capabilities of regional nations.

Describing the Zionist regime of Israel as the Islamic world’s archenemy, he stressed that any move to undermine Islamic nations is wrong and in line with strengthening Israel.

For his part, Hanif Atmar praised Iran for its constructive role in the development and progress of Afghanistan.

The Afghan official also called for collective efforts in the fight against extremism and terrorism by focusing on regional security.

Atmar has travelled to Tehran for a two-day visit at the invitation of Shamkhani.