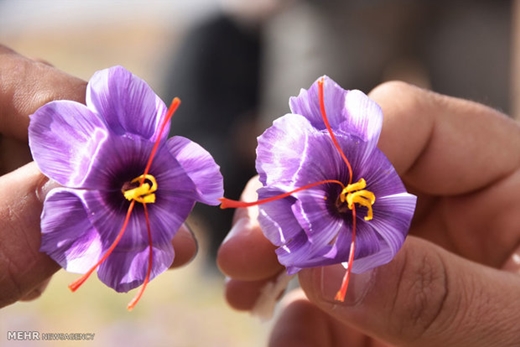 An official said Iran exported more than 10 tons of saffron, worth $15m dollars, in the first month of the current Iranian year (March 20-April 19, 2016).

Gholamreza Miri, the Deputy Head of Iran’s Union of Sellers and Exporters of Saffron, said “A total of 10.344 tons of saffron were exported in the timespan March 20 to April 19, indicating a 10% growth as compared with the same period a year earlier.”

“The amount of saffron exported in the time period amounted to about $15m,” said the official, “Fortunately, domestic market conditions have also improved.”

Miri said the fluctuations in saffron prices have stopped over the past 40 days, adding “At the present time, demand and supply have reached a balanced condition.”

The official pointed out that price stability will lead to increased exports; “If the price is unstable, exporters will not take the risk of purchasing and exporting the product, due to the greater likelihood of losses.”

Miri further maintained that saffron prices will be reduced in August or September before the beginning of the harvest season.