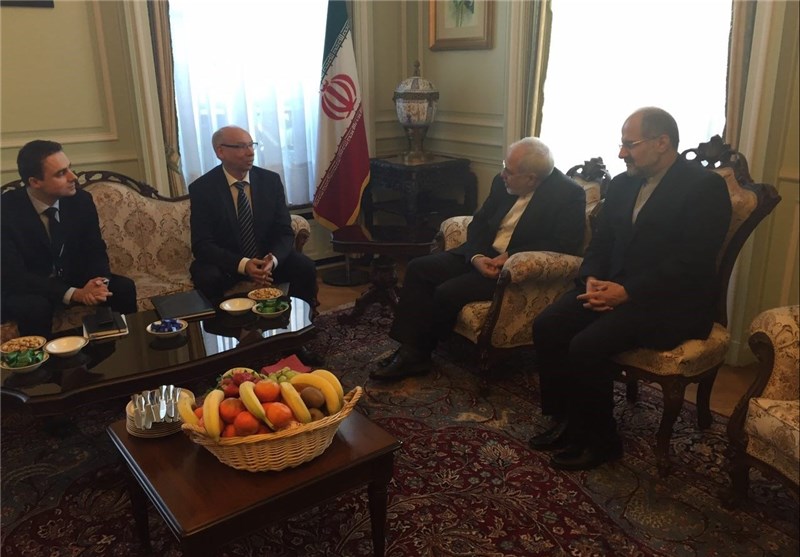 Iran’s foreign minister and a ranking member of the European Parliament discussed ways for closer cooperation between Iran and Europe to deal with the migration crisis.

Mohammad Javad Zarif held a meeting with Janusz Lewandowski, the chair of the European Parliament’s delegation for relations with Iran, in Brussels on Monday.

Zarif described the issue of migrants as a common concern for Iran and the European Union.

“Iran hosts three million Afghans, and the two sides (Iran and EU) can develop good cooperation in this regard,” he added.

For his part, Lewandowski said Tehran and Europe can forge a close partnership to deal with the migration crisis, fight against narcotics, and develop parliamentary relations.

He also highlighted the significant role that Iran plays in the settlement of regional conflicts.

Zarif arrived in Brussels on Sunday night. During his two-day stay in Belgium, he is going to hold high-level talks with the EU officials and Belgian authorities.