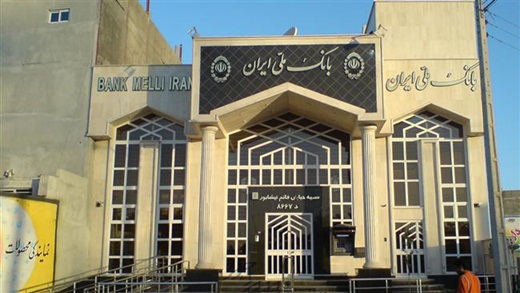 An Iranian banking official says that once sanctions are lifted, the stage will be set to provide brokerage and international money transfer services for the imports and exports.

A senior Iranian banking official says the representatives from a European bank will travel to Tehran next week to hold preliminary talks over restoration of financial transactions with Iranian banks.

Gholam Reza Panahi, deputy head of Bank Melli Iran for International and Foreign Affairs said that Iranian banks are ready to start cooperation with their foreign counterparts as soon as banking sanctions against Iran are lifted.

“Once sanctions are removed, the ground will be prepared to provide brokerage services as well as international money transfer and other banking services for imports and exports,” said the Iranian official.

The remarks come against the backdrop of new reports that that SWIFT – a company that provides a global electronic banking system – has started talks with Iranian banks to restart its services in Iran.

According to a report by Tabnak – a news website – SWIFT has already held a series of “official and unofficial meetings” with Iran’s private banks over the resumption of its services to the country.

Back in March 2012, the Belgium-based Society for Worldwide Interbank Financial Telecommunication, or SWIFT, expelled as many as 30 Iranian financial institutions as part of US-led sanctions against Iran over its nuclear energy program.

The move blocked the Iranian banks from using its service, literally cutting off the country from the global banking system.