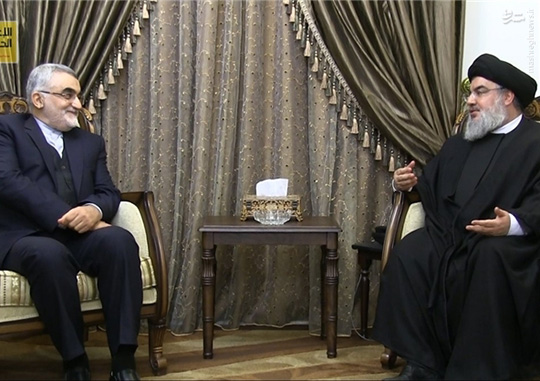 A senior member of Iranian Parliament condemned certain Arab countries in the Middle East for hosting delegations from the Zionist regime of Israel.

“It’s a pity that some regional governments invite Zionist [Israeli] delegations and hold celebrations with them,” Chairman of the Iranian Parliament’s National Security and Foreign Policy Commission Alaeddin Boroujerdi said in a meeting with representatives of Palestinian groups, held in Beirut.

Stressing the need for concerted action against the Israeli regime, the lawmaker said if there is Muslim solidarity for liberating the occupied Palestinian territories, the Zionist regime of Israel will have no place in the region’s political geography.

His comments came after mounting criticism of Bahrain for hosting a Zionist delegation in Manama in December 2016, Tasnim reported.

According to pro-Israeli Elder of Ziyon website, the delegation also visited Dubai, Oman, Qatar and Kuwait.

The Iranian parliamentarian also met and held talks with Sayyed Hassan Nasrallah, the secretary general of the Lebanese resistance movement, Hezbollah, on the latest political developments in the Middle East.

Boroujerdi was received by the Hezbollah chief in the Lebanese capital of Beirut on Saturday, Press TV reported.

Boroujerdi is in Beirut at the head of a parliamentary delegation to hold talks with senior Lebanese officials.

The new cabinet was announced on December 18, less than two months after the country’s parliament elected Michel Aoun, a Christian leader and strong ally of Hezbollah, as president. Aoun’s election ended a 29-month-long political stalemate in the country.