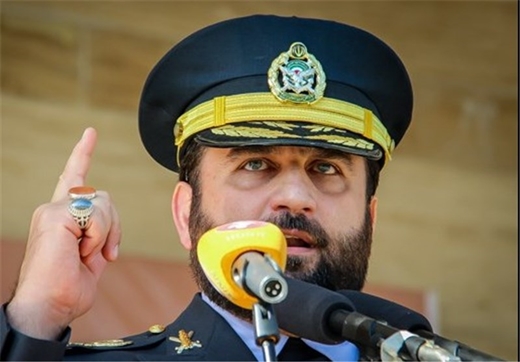 Iran’s defense line is not confined to its geographical borders, because the bulk of threats and invasions are carried out through the air, said Brigadier General Esmaili.

Iran keeps a close watch on the enemy’s aerial threats in distances as far away as 3,000 km outside the country’s borders, Air Defense Commander Brigadier General Farzad Esmaili said.

Thanks to the homegrown air defense gear, from radars to missiles, Iran’s Air Defense can detect the “enemy’s breath” in distances beyond 3,000 km, the general said in an address to Tehran’s Friday prayers.

He explained that Iran’s “defense line” is not confined to the geographical borders, because the bulk of threats and invasions are carried out through the air, with the use of planes or long-range missiles.

Given an increase in the number of the trans-regional countries’ bases around Iran, the Air Defense sites have been established in 3,700 spots across the country to protect islands, oil platforms, gas fields and the nuclear sites, the commander added.

Iran has in recent years made great headway in manufacturing a broad range of military equipment, including the air defense systems that use cutting-edge technologies.