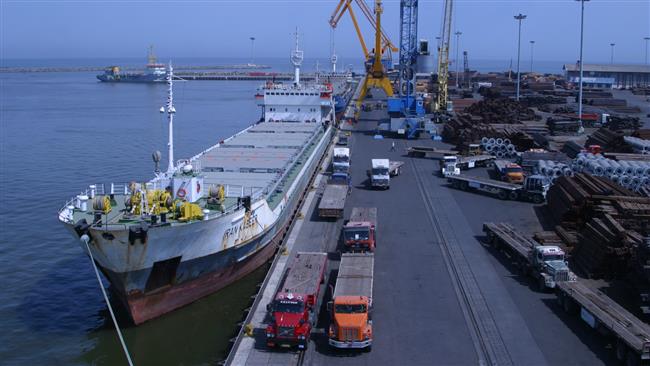 The volume of trade exchange between Iran and China has dropped by 41% amid plunging oil prices.

Chinese-Iranian trade stood at USD 3.5 billion back in January 2015.

According to the report, exports from China to Iran declined to $1.3 billion in January 2016, from $2.25 billion a year earlier, showing a 42% decrease.

The decline in the bilateral trade comes against a backdrop of plunging crude oil prices in recent months.

Beijing is the top customer of Iran’s crude and is seen as Tehran’s largest trade partner.

Bilateral trade between the two countries stood at UDS 31.09 billion in 2015, witnessing a 34% decrease compared to the previous year.

Iran and China have agreed to build economic ties worth up to $600 billion within the next 10 years.

The two countries have already unveiled plans to revive the “Silk Road” — an ancient trans-Asian trade route connecting the east to Europe and the Mediterranean Sea.

The “Silk Road”, envisioned as a rail and sea route, is seen as Beijing’s new initiative to access extensive delivery routes to the Middle East and Eurasia through Iran.

Iran is strategically located in the Middle East, sharing land borders with 15 nations and sea channels on its northern and southwestern coasts.

Earlier this month, a long-distance cargo train traveled from China to Iran.

It took the 32-container cargo train two weeks to complete the 10,399km journey from China’s eastern Zhejiang province to Tehran through Kazakhstan and Turkmenistan – one month less than the sea route from Shanghai to the Iranian port of Bandar Abbas.