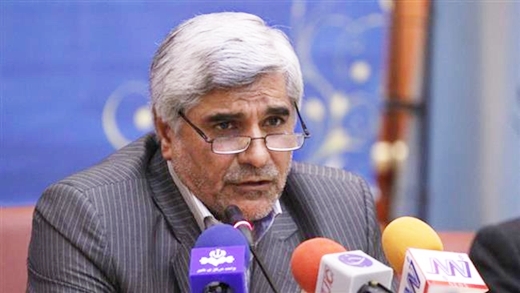 Scientific cooperation among countries is most effective through establishing direct contacts among scientists rather than through government-driven agreements, said the science minister.

The Iranian minister of science, research, and technology has said that the Islamic Republic invites scientists from all over the world to initiate a “collaborative program” with Iranian scientists.

“More than 35 years since its revolution, Iran is embarking on a new era of international interaction and cooperation. On the road to becoming a nation with scientific clout, Iran takes the role of science for peace, progress, and dialogue very seriously,” Mohammad Farhadi wrote in an editorial published in the Science Magazine on Friday.

“Today, Iran is in a position to fine-tune its development model and move toward qualitative improvement of its science and technology,” the minister wrote.

Farhadi also said that scientific cooperation among countries is most effective through establishing direct contacts among scientists rather than through government-driven agreements, hence the Iranian government encourages and supports collaborations initiated by individual scientists from within the country or in any part of the world.

“Prospects for collaboration in the natural sciences, humanities, engineering, and medical and biosciences are all on the horizon,” Farhadi further wrote, adding that Iran urges its universities to become international in all aspects of science and education.

He also gave an account of Iran’s current educational and scientific profile. According to the science minister, Iran has about 4.5 million university students, 2,500 higher education institutions, 36 science and technology parks, 400 nongovernmental scientific associations, more than 800 research centers, and 1,000 scientific journals.

Farhadi added Iranian scientists publish about 30,000 international scientific papers annually, a growth of at least 20-fold since the Islamic Revolution in 1979.