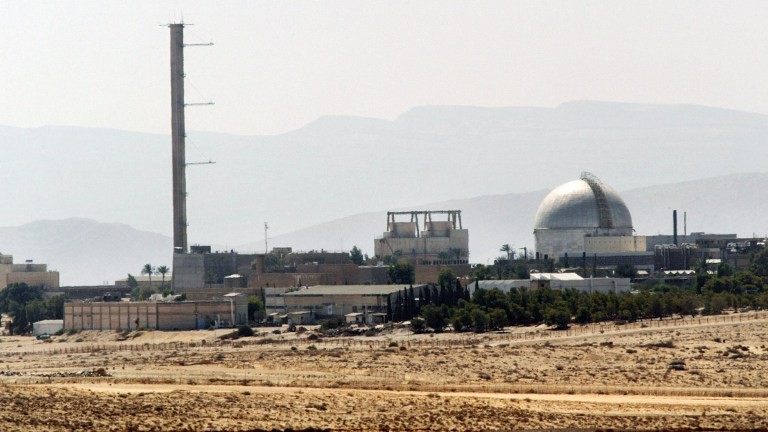 The US continuous support for Israel, including its condoning of Tel Aviv’s dangerous nuclear weapons program, has made the realization of the idea of establishing a nuclear-free zone in the Middle East impossible, an Iranian diplomat says.

Iran’s Ambassador and Permanent Representative of the Islamic Republic of Iran to the United Nations Majid Takht Ravanchi made the remark before the second session of the Conference on the Establishment of a Middle East Zone Free of Nuclear Weapons and Other Weapons of Mass Destruction on Monday.

He stated that the Islamic Republic of Iran has a high record of accession, among the Middle Eastern countries, to the international instruments banning weapons of mass destruction. As the initiator of the proposal for the establishment of a nuclear-weapon-free zone in the Middle East presented in 1974, Iran is also a party to the Treaty on the Non-Proliferation of Nuclear Weapons, the Biological Weapons Convention, the Chemical Weapons Convention and the 1925 Geneva Protocol as well as a signatory to the Comprehensive Nuclear-Test-Ban Treaty, with a comprehensive safeguards agreement with the International Atomic Energy Agency (IAEA).

Our Supreme Leader has, on several occasions, elaborated including in his message to the International Conference on Nuclear Disarmament and Non-Proliferation in Tehran in April 2010 that: “We believe that, besides nuclear weapons, other types of weapons of mass destruction, such as chemical and biological weapons, also pose a serious threat to humanity. The Iranian nation, which is itself a victim of chemical weapons, feels more acutely than any other nation the danger caused by the production and stockpiling of such weapons, and is prepared to do everything in its power to counter such threats. We consider the use of such weapons as haram (religiously forbidden) and believe that everyone must make efforts to secure humanity against this great disaster”.

Weapons of mass destruction unquestionably pose an existential threat to both global peace and security. This threat has been clearer and more familiar in the Middle East as those weapons have already been proliferated and utilized in this region. More harrowing still is the threat of use of such weapons which dauntingly continues. The recent history of the region is testament to attempts by certain governments to expand and use weapons of mass destruction. The use of chemical weapons by the then-dictator of Iraq in the 1980s against not only Iranian soldiers and civilians but also Iraqi citizens is a vivid example in this regard.

The resolution adopted by the 1995 NPT Indefinite Extension and Review Conference called for the establishment of an effectively verifiable Middle East zone free of weapons of mass destruction. It also called on all NPT members, in particular the nuclear-weapon states, to extend their cooperation and to exert their utmost efforts to ensure the early establishment by regional parties of the Middle East zone.

It is noteworthy to mention that the processes emanating from the NPT Review Conferences and the UNGA are two independent avenues established to fulfill this long-overdue goal which should be realized with the action-oriented decisions of the two tracks. These two can complement, but not replace, each other.

The Conference on the Establishment of a Middle East zone free of nuclear weapons and other weapons of mass destruction (MEZFWMD) is aimed towards elaborating a legally binding instrument to establish such a zone in an inclusive and transparent manner and with the participation of all invited States based on arrangements freely arrived at by consensus.

Following the failure of past attempts to consider the establishment of MEZFWMD, many international observers believe that the successful convening of the First Conference of the Middle East free zone of WMD was a turning point in addressing such an important issue. Participation in the Conference of all 23 members of the region – except the Israeli regime – and four Nuclear Weapon States, namely China, France, Russia, and the United Kingdom, as well as relevant international organizations, was incredibly remarkable. By claiming that the region is not ready to discuss the issue, the Israeli regime and the United States decided not to attend the conference and instead opted for denouncing it.

In consideration of the obstacles to the establishment of such a zone, first and foremost, Israel must join all related international legally binding instruments. Above all, it must join the NPT without any precondition while placing all of its nuclear facilities and activities under the comprehensive safeguards of the IAEA.

The US continuous support for Israel, including its condoning of the Israeli regime’s dangerous nuclear weapon program, and the US’s unwillingness to engage constructively in the work of the Conference, have made the realization of the idea of establishing such a zone in the Middle East impossible.

Due to the unique characteristics of the Middle East, there is no doubt that this will be a long process requiring extensive negotiations on an array of issues. Therefore, while urgent, this phase requires a prudent approach bearing in mind the following:

1. Consensus needs to be the only method of working for the Conference and any precondition for the participation in the Conference or on the establishment of such a zone should not be acceptable.

2. The rejection of the U.S. and Israel to participate in the Conference is a major hurdle in its success. Practically, any possible treaty on the establishment of a WMD-free zone in the Middle East will be meaningless and ineffective unless an entity possessing all types of WMD adheres to it. Therefore, necessary measures should be taken to solve these problems. Furthermore, active participation of all NWS, particularly the three co-sponsors of the 1995 Resolution, in the Conference is imperative.

3. Unconditional, non-discriminatory, effective and irrevocable legal assurance by all other NWS to all States of the region against the threat or use of nuclear weapons under any circumstances is an essential requirement for the establishment of a WMD-free zone in the Middle East.

4. The scope of the treaty to be negotiated should merely cover nuclear, biological, and chemical weapons.

6. The official adoption of the text of the draft treaty shall be conducted at a formal meeting of the Conference wherein all regional countries shall be present and participate in its adoption.

We took part in the first session of the Conference actively and constructively, and we will continue to do so in the second and subsequent sessions.

I would like to conclude by underlining that the positive impact of a successful Conference will not be limited to the region and will, instead, have profound effects on the global WMD nonproliferation regimes.

Iran is prepared to play its part and provide its best efforts to this cause.

Today, some delegations raised an unwarranted concerns about Iran’s nuclear program whose peaceful nature has been confirmed on numerous occasions by the IAEA. It is unfortunate that this august meeting is being misused to distract the attention from the real threat to the region, that is the Israeli nuclear weapon program.