Illegal Hunter to Collect Rubbish Instead of a Jail Sentence 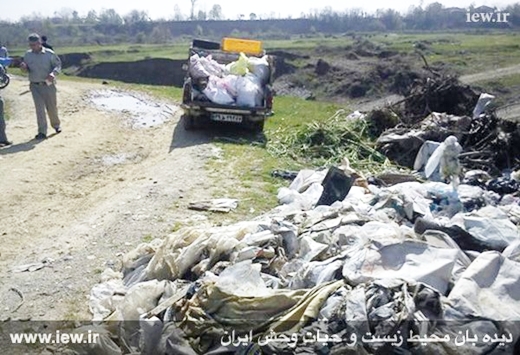 A court in Bukan in West Azarbaijan Province has condemned an offending hunter to clean and tidy the environment, instead of a jail sentence.

In IFP’s translation of a report by Hamshahri Online, on May 7, the Head of Bukan Environment Protection Organization announced the arrest of several hunters who were illegally hunting partridges. One of them confessed and gave information leading to another hunter who keeps partridges illegally. After investigation, this hunter was arrested too and found guilty. According to the relevant hunting laws, his sentence should have been 100 days in prison. The judge, however, based on his age and lack of a criminal record, and also to teach him about the environment, gave him a sentence of 15 days of rubbish collection in the protected environment of Bukan County. His sentence will be carried out under the supervision of environmental officers, and he will also have to attend environment education classes.

In the legal framework, based on the Alternative Punishments regulations, this hunter was spared from going to jail where he might have become involved with drugs and would have been separated from his family for 3 months. Instead, he now serves the environment and, more importantly, the public’s attention will be drawn to the importance of protecting the environment.

Experts have warned about the high number of prisoners and the consequences of keeping them in jail, both for their families and the fact that they can be drawn into more complicated criminal networks there. According to statistics, there are more than 200,000 prisoners in Iran. Iran’s Supreme Leader also showed his discontent in this regard and asked for decreased jail sentences and offering other punishments. The Alternative Punishments laws officially came into action in 2013.