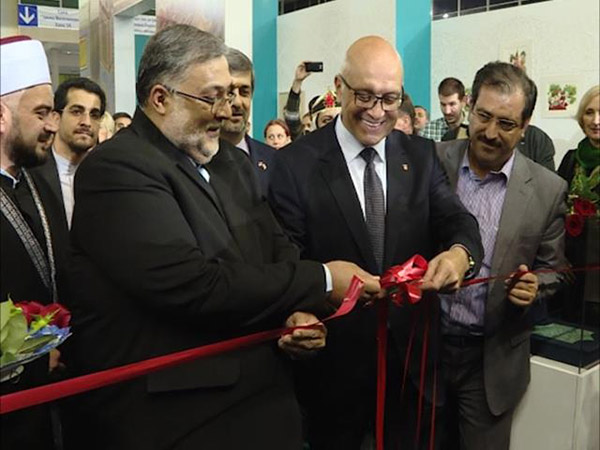 In a visit to Iran’s booth in Belgrade Book Fair, Serbian Minister of Culture and Information Vladan Vukosavljevic said he is interested in learning Persian language.

Serbian Culture Minister Vukosavljevic recently paid a visit to the booth of the Islamic Republic of Iran at the 61st International Belgrade Book Fair.

The booth was opened by Vukosavljevic and director of the Organization for Islamic Culture and Communications of Iran Abuzar Ibrahimi Torkaman in a ribbon-cutting ceremony.

During his visit, he said he is interested in learning Persian language, and received a book named “Hello Persian” as a gift.

“After receiving the book as a gift, I’m now more interested in learning Persian language, and I’ll definitely learn it,” he noted, as reported by IBNA and translated by IFP.

Vukosavljevic also told Tanjug said that he was glad this year to see Iran as the honorary guest of the International Belgrade Book Fair.

“I noticed that they made a lot of effort and made a remarkable booth where you can find books for children, from the history of Iran, as well as books by famous Persian poets.”

“I think that the cooperation between Serbia and Iran is good in the fields of culture, cinematography, publishing, translation,” he noted, adding that there is room for better and more cooperation.

The Minister further invited Belgraders and guests of the Serbian capital to visit the Iran booth in the Book fair.

He said he would encourage local publishers to see which Iranian books and publications could be interesting for Serbian readers.