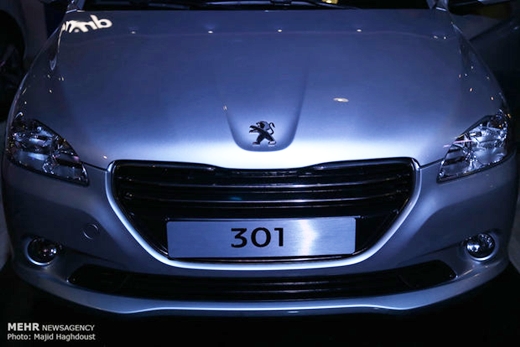 Iran Deputy Minister of Industry, Mine and Trade Mohsen Salehinia touched upon the latest status of bilateral collaboration between Iran Khodro Industrial Group (IKCO) and France’s Peugeot Car Company saying “investment of foreign automakers has been defined as joint venture denoting a 50-50 investment where the foreign side directly brings in 50 per cent of the share in three stages.”

Salehinia went on to add “in the meantime, an independent company with a production line has been established by IKCO and Peugeot awaiting joint venture since relevant licenses need to be received from Iran’s Ministry of Economic Affairs and Finance before pursuing the registration process.”

The official estimated that the Iranian-French joint venture will enter operational phase in late April when the board members, CEO, middle managers as well as supervisors of other sectors need to be appointed.

CEO of IKCO Hashem Yekkeh Zare had previously pointed to the signing of a contract with Peugeot of France enumerating several features of the deal; “it brings foreign investment into the country, leads to job creation, increases level of production to the interest of auto part makers, and brings about technical knowledge transfer as suggested by the Leader in line with Resistance Economy, as well.”

Yekkeh Zare has emphasized “one important feature of the contract is the establishment of a joint venture between the Iranian and French sides where the profits will be shared; during the first year, only 40 per cent of the produced cars are indigenous while the figure will reach 70 per cent leading to positive balance sheet on the part of the company.”

“Peugeot had left Iran in 2011 and we have set punitive contracts for the French company,” highlighted the official noting “the company is obliged to pay 200 million euros as compensation as well as that Peugeot’s final business share will be the very low figure of only 15 per cent.”