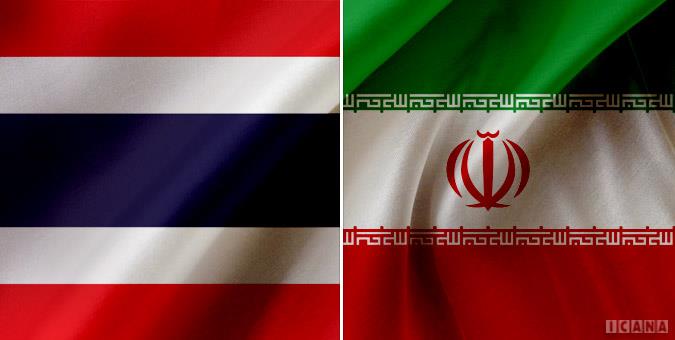 For Iran and Thailand, the bonds of friendship and co-operation are reported to date back as 1685. And this bilateral relationship continues today, with both nations looking to strengthen those ties today.

But the opportunities that exist for Iran and Thailand to build on an historic political and economic relationship in recent years have been limited by external factors. But what might growing trade links between the two now mean for the global currency market?

The most restrictive factor standing in the way of Iran-Thai trade links for a number of years were US sanctions. Relaxed as part of a multi-nation deal concerning Iran’s nuclear program, the lifting of sanctions offered hope of new links between Iran and Thailand. But these would be dampened once again following the election of Donald Trump as US president – and rising tensions between Iran and US that threatened to leave Thailand in a highly difficult position.

The impact of US sanctions on bilateral trade

For trade between Iran and Thailand, hopes are again high after the 2020 US election. As Joe Biden looks to distance himself from his predecessor’s policies, Iran have urged the president-elect to lift the sanctions once more. The potential for Iran and Thailand is clear. In 2012, Thai foreign minister Surapong Towichukchaikul explained: “Trade between Thailand and Iran could not increase for a long time because of the sanctions.”

Oil and petrochemicals are key export markets affected by the US sanctions. For Thailand, the return of sanctions saw Thailand lower its imports of petrochemical products from Iran to zero. Other countries followed suit, which led to a spike in global oil prices. For international traders, the price of crude oil often proves a key economic indicator; a key factor that drives the global forex calendar. For Iran, it has forced officials to focus on non-oil exports.

The challenges facing the Iranian economy

Amid the initial sanctions placed on Iran, the nation sought to strengthen its links with Thailand through barter trade. In exchange for oil and gas for domestic energy needs, Iran would import millions of tonnes of rice from Thailand. But, with sanctions cutting the ability to export its core product of oil, Iran is at risk of a deeper trade deficit – despite nations such as Thailand seeking to foster stronger ties.

The abandonment of the ‘nuclear deal’ and the reimposition of US sanctions has seen the value of the Rial halve against the US dollar. With the pressure placed on the currency, it has led to a shortage of imported goods. The impact of this could be seen from data that shows a slowdown in non-oil trade between Iran and Thailand for the year ending 20 March 2019. This came after a period of promising growth for the two years leading up to the US exiting the ‘nuclear deal’.

The election of Joe Biden, however, restores hope. If sanctions are indeed lifted, there may be a significant bounce in trade between Iran and Thailand – much like first time around. A major uptick could be generated if Thailand is again free to import Iranian oil free from the threat of US retaliation. For Iran, establishing stronger trade links with Thailand could also open up the rest of the ASEAN region – not least due to a new regional free trade deal signed in late 2020.

For Iran and Thailand, stronger bilateral trade links have the potential to strengthen the value of their respective currencies. It could also have implications for the global oil price. If it leads to a drop in global prices, the expectation is that it will increase the value of the US dollar.

For investors, the impact of sanctions coming to an end will be felt across the global forex and commodities markets. But recent trade developments in the south-east Asian region too could shift perceptions on the role of the US. As western countries continue their unsure relationship with Iran, nations such as Thailand stand ready to forge new ties with their historic partners.