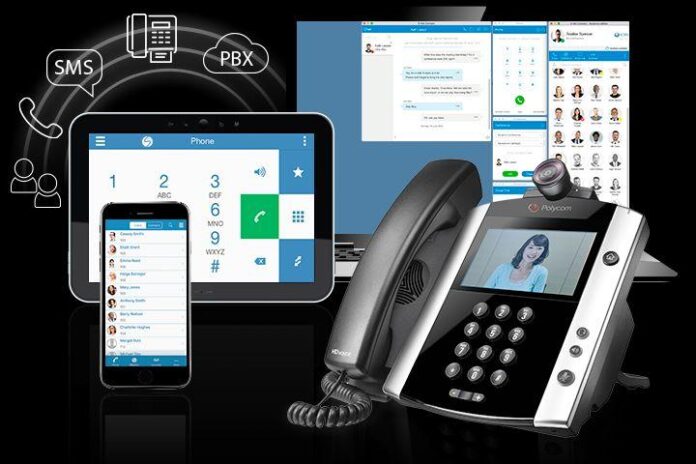 In this era of modernization, the basics of business have changed. And that’s thanks in no small parts to technology. In this generation, the one who is keeping up with the advancements is the one who is getting benefited the most.

So, if you want to stay relevant in your industry, you’ve just got to embrace technology in its various forms.
And one of its leading forms at the moment is VoIP.

VoIP stands for “Voice over Internet Protocol.” Simply put, it is communicating through voice medium over the internet as opposed to the standard PSTN / telephone fixed lines that have been in place for centuries. VoIP technology is available in hardware form where handheld devices are there with internet connectivity, and also, they are available as a software application to be used in laptops/computers. VoIP works by converting the sound signals / telephonic conversation into small packets of data and then sending them over the internet to a central cloud database. It works just like an email, but instead of words, data is being transferred in the form of voice.

It is a widespread misconception that VoIP is only feasible for big business enterprises. On the contrary, it is a great technology tool, well-suited to both small and large enterprises. VoIP provides multiple benefits which are not limited to the scale of the business. Following are some major advantages of incorporating VoIP in your small business: –

Traditional phone lines have their fixed cost of copper wires installation, setup charges, and running monthly costs. The expense increases with its use. In contrast, VoIP technology enables us to communicate via the internet, which is essentially free because we are using Internet services in our homes and business in one way or another. There is a study that has found that by implementing VoIP technology, the overall costs of calls can reduce by up to 40%.

International calls cost the most when using traditional phone lines. VoIP is free all around the globe. There are less hardware charges, and if you are not willing to pay them even, software applications are available. Features like teleconferencing and video-conferencing are available when you use VoIP services. This mostly eliminates the need for physical interaction with the employees and therefore cut some essential costs.

The shift to VoIP technology is much easier than being perceived. The switching costs are almost minimal. It is a simple plug-and-play service which could be benefited from. Its maintenance is easier as the hardware is less prone to damage as against the traditional phone technology. There are companies like Nextiva which provide easy software solutions, on-spot training, and services for VoIP, so even the most common person can grasp and understand its use.

As compared to traditional phone lines that are subjected to an increased risk of insecure lines for any misuse, rerouting of confidential conversation, VoIP places standard encryption protocols which enhance the overall security for any business.

When we used traditional phone services, the maximum benefits we could get were call forwarding, call waiting, and call hold. But in addition to these services, a VoIP business phone service like Nextiva will provide you with more important features such as multi-conferencing, video-conferencing, instant messages delivery, and even call routing. This means that a person will never miss a call as long as he is connected to the internet. The calls can be routed to his phone. This highly increases individual productivity.

But that’s not even all; VoIP allows you have faxes and voicemails directly into your Email Inbox. These services were present before but additionally charged by the companies. Now they all come with the VoIP service itself.

The way of Future

Small businesses need to very efficiently and effectively to compete with bigger farms. As they have already shifted to VoIP, there is no point that small businesses should lag behind. Not only voice quality has matured enough in VoIP, but all its cons are being addressed now for future use.

VoIP technology can be scaled to your use and demand. It gives multiple and cost-effective functions to have the same level of communication as others. It eliminates the operating cost so all the savings can be put into use in another productive manner for the company. With increased productivity, the brand image could be enhanced, customers can be retained, and small businesses can progress in the most effective manner.

If You Are Looking for Teenager Car Insurance

How Do You Create an Excellent Sales Sheet?

Which Format is the Best for an External Disk?

How to Write Admission Paper for College

Over 6,000 Iranians Contract Coronavirus in 24 Hours