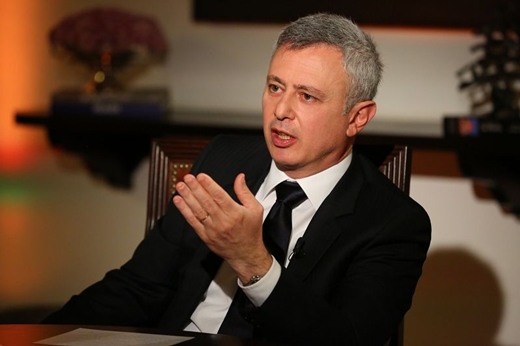 The leader of the Marada Movement has praised Hezbollah’s fight on the Takfiris in Syria, saying Hezbollah is supporting what remains of Christians in the Middle East.

Suleiman Frangieh, the current leader of Lebanon’s Marada Movement, says Hezbollah is defending the freedom of thought and the sanctities of all Lebanese.

Frangieh, who is also a Member of Parliament for the Maronite seat of Zgharta-Zawyie in north Lebanon, made the comment in an interview with MTV Lebanon and added Hezbollah is fighting the Takfiris – which pose a threat to all Lebanese – in Syria to support what remains of the Christians in the Middle East.

The Islamic Republic News Agency (IRNA) on June 11 published Frangieh’s remarks in the interview on the Takfiris and Hezbollah’s measures to counter them. The following is the translation of what the Christian politician said:

Frangieh said Hezbollah alone is engaged in the fight [against ISIL] in Al-Qalamoun [a Mediterranean seaside town of the North Governorate of Lebanon in the Tripoli District] to defend the Christians and Lebanon, adding the foreign sides have brought no benefit for us.

Simply our own willpower is defending us, not the international security umbrella [over Lebanon that was supposed to protect it from regional tensions], he said, adding Hezbollah is defending Lebanon, the freedom of thought and the sanctities of the Lebanese.

He further said the Takfiri movement knows no border and if it penetrates Lebanon in the future, it would leave nothing of moderate Christians, Shiites and Sunnis [in this country].

As for a recent meeting between Samir Farid Geagea, the terrorist leader of the Lebanese Forces Party, and General Michel Aoun, the leader of the Free Patriotic Movement, he said if the agreement between Geagea and Aoun comes in line with our policies, that would be acceptable to us, but we will take a different stand if their agreement serves the purposes of Geagea.

He said he would support a Geagea-Aoun agreement, but reiterated that the policies of the Marada Movement will be subject to no change.

Frangieh also said his movement lends support to the Axis of Resistance [a term used by the Libyan daily newspaper Al-Zahf Al-Akhdar in response to US President George W. Bush’s claim that Iran, Iraq and North Korea formed an “axis of evil.”], adding measures against Syria are the worst policy one can adopt today.

“From among a secular system and a Takfiri system in Syria, I – as a Maronite Christian – would pick the secular government, and I would pick Bashar al-Assad, a friend of mine, if the options are two secular systems,” he said.

“We only agree to election of a powerful president in Lebanon,” he said, stressing that we agree to Michel Aoun’s plan to hold a referendum in Lebanon providing that the vote is transparent and includes all Lebanese, not simply the Christians.

Frangieh went on to say that Future Movement [the largest member of The March 14 Alliance which is led by MP Saad Hariri, the younger son of the assassinated former Prime Minister of Lebanon Rafik Hariri] does not accept General Aoun as president and it also rejects a member of Aoun’s inner circle taking over as Army commander.

“This party is engaged in gamesmanship and maneuvering, thus our party has every right to take measures to satisfy its own legitimate demands,” he said.