Has former IRIB chief set his sights on Speaker’s chair? 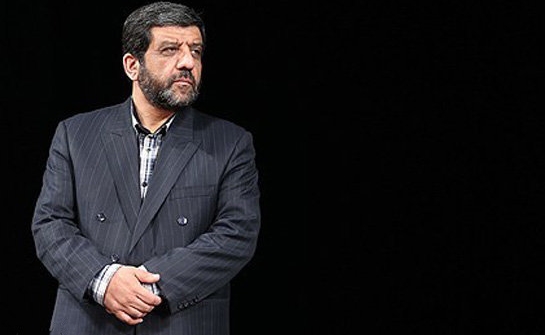 An Iranian daily has taken a look at the 2016 parliamentary vote, saying the former IRIB boss is likely to stand for parliament and even vie for the top MP’s chair.

As a medium, Islamic Republic of Iran Broadcasting (IRIB) is the fourth estate of democracy and a key forum inside the country, mandated to guide the public opinion.

In recent remarks, former IRIB chief Ezzatollah Zarghami has demonstrated an about-turn from his hardline stance on reformism, saying that the majority of reformists are part of the [Islamic] establishment. This comes as the share of reformists of airtime during Zarghami’s presidency at IRIB was somewhere in the neighborhood of zero.

Arman-e Emrooz daily on May 6 published a piece on Zarghami’s potential run for parliament in 2016, analyzing the shift in his stance. The following is the translation of excerpts from the piece:

Has Zarghami been gripped by election fever?

At a time when all [political parties and] factions are looking for a household name on their ticket for the [2016 parliamentary] elections, Zarghami seems to be just the ticket for principlists.

The principlists need a moderate face to be their candidate in the elections; certain figures of their ranks believe that the former chief of the national broadcaster – who has recently articulated words which have the hallmarks of moderation – can be the right figure to help them achieve their goal in the elections for the tenth parliament.

It is no secret that Ali Larijani [the incumbent speaker of the Islamic Consultative Assembly] made his way to parliament and its top seat after leading IRIB [for ten years].

Now Zarghami has taken a stand he thinks is in line with the country’s current mood and people’s demands. Since he has the support of traditional principlists and those principlists who are part of the Islamic Revolution Stability Front, as well as the advocates of [former President Mahmoud] Ahmadinejad, Zarghami thinks he can take the seat of the incumbent parliament speaker.

That’s why the former IRIB boss thinks he can get the better of his rivals if he makes a run for parliament in the March elections; he even imagines that he can make the dream of the principlists affiliated to the Islamic Revolution Stability Front come true and enter the chamber as top MP.