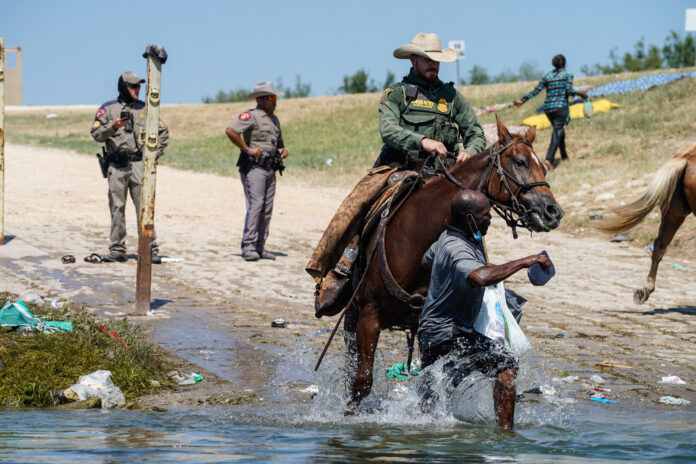 US Vice President Kamala Harris has condemned the US officers treatment of Haitian migrants at the southern border. She said reports of American border patrol agents on horseback whipping the migrants evoked “times of slavery”.

Harris made her comments during an appearance on ABC’s “The View”, describing how the move reminded her of tactics “used against the Indigenous people of our country” and “used against African Americans during times of slavery”.

“Human beings should not be treated that way,” Harris added, referring to photos and videos of Border Patrol agents chasing and grabbing migrants.

Earlier this week, Harris said that she was “deeply troubled” by the way the Haitian migrants were treated.

“I fully support what is happening right now, which is a thorough investigation into what is going on there. But human beings should never be treated that way, and I’m deeply troubled about it,” she stated at the time.
On Tuesday, the Department of Homeland Security announced a probe into Customs and Border Protection agents’ treatment of Haitian migrants following outrage over the videos and photos.

Amid backlash over the images at the border, the Joe Biden administration also announced Thursday that it had temporarily suspended the use of horse patrols in Del Rio, Texas.