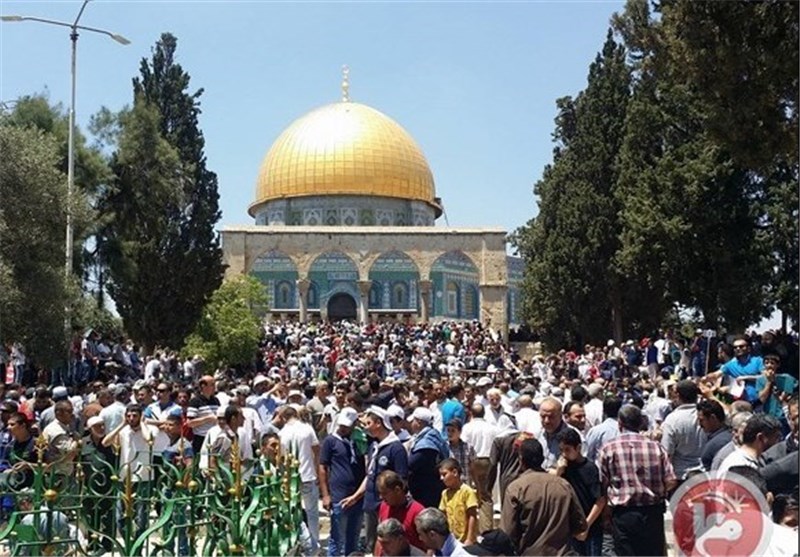 The Islamic Resistance Movement (Hamas) called on the Palestinian people to stage a sit-in at Al-Aqsa Mosque compound to protest at recent acts of aggression committed by the Zionist regime of Israel against Palestinians.

Hamas spokesman Husam Badran, in a statement, stressed the necessity for the massive presence of Palestinians from all walks of life at the compound to protest against recent desecration of the Al-Aqsa Mosque and attacks on Palestinian worshippers by the Israeli forces and settlers.

He further emphasized that the acts of aggression, which have been committed by the Israelis over the past two days, are not something new and had also occurred before the holy month of Ramadan.

Badran added that the Israeli aggressions, which have severely hurt the feelings of Muslims, are “a real test of patience” against the relentless assault on Palestinians and the mosque.

He also called on Palestinians to stage a sit-in during the third ten days of Ramadan.

A number of Palestinian worshippers were injured and arrested at Al-Aqsa Mosque compound in the Israeli-occupied Old City of al-Quds (Jerusalem) after Israeli forces stormed the holy site yet again.

Israeli forces stormed Almagharba Gate at Al-Aqsa Mosque on Sunday and allowed Israeli settlers and foreign tourists in, according to media reports.

Firas Al-Dibs, the Media coordinator at the Waqf authority at Al-Aqsa said, “Israeli forces stormed Al-Aqsa after some worshippers protested the presence of Israeli settlers and foreign tourists inside the Mosque.”

He added that three Palestinians were injured in the assault, including one of the guards of Al-Aqsa.

The al-Aqsa Mosque is the third holiest site for Muslims after Masjid al-Haram in Mecca and Masjid al-Nabawi in Medina.

Palestinians are angry at increasing violence by Israeli settlers at the al-Aqsa Mosque compound and their attacks on Palestinian property, saying the Tel Aviv regime seeks to change the status quo of the sacred site.