Gross reproduction rate has seen a fall in Iran 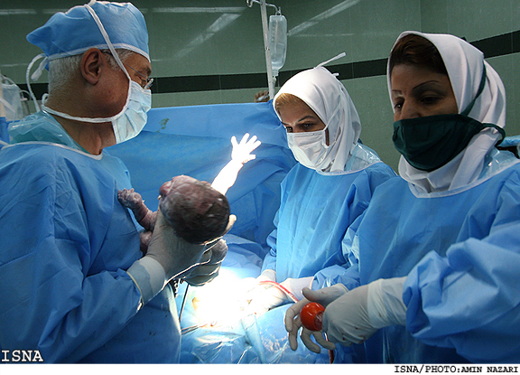 Low rates of fertility and gross reproduction have become Iran’s demographic challenges; Iran is second among Islamic nations with the lowest fertility rate.

Haft-e Sobh, a daily, on December 16, published an analytical report on Iran’s declining gross reproduction rate. The following is a partial translation of the report:

“The yearly gross reproduction rate (GPR) – the average number of daughters that would be born to a woman (or a group of women) if she survived at least to the age of 45 and conformed to the age-specific fertility rate of a given year – has declined from 3 percent to 0.78 percent,” the secretariat of the Supreme Cultural Revolution Council reported.

Apart from a drop in the total fertility rate (TFR), the decline in GPR has opened up discussions in society.

“Presently, the rate of population growth is low and the total fertility rate and gross reproduction rate have both declined. Such a drop is regarded as a grave demographic challenge. Although a majority of countries across the world face a reduction in the total fertility rate, the pace of the fall in Iran has been so rapid that between 2005 and 2011 Iran was second only after Albania on the list of Islamic nations with the lowest TFR,” said Mohammad Eshaghi, who is in charge of the Planning and Coordination Department at the secretariat of the council.