There Are Good People Even among Israelites: Senior Cleric 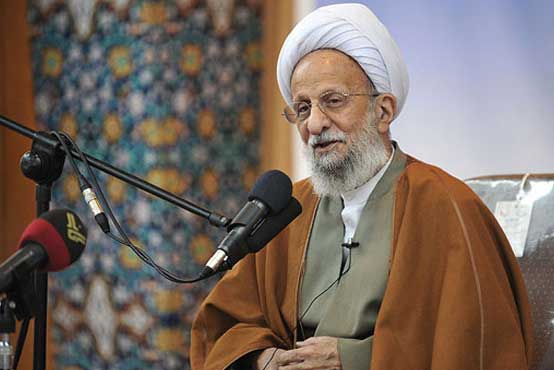 Here’s IFP’s translation of excerpts from his lecture in the holy city of Qom:

Ayatollah Mesbah Yazdi referred to the crimes committed by ISIS militants and Israelis, saying that they are a shame for the human kind.

“Rational factors should be strengthened inside the human being so that one would not commit big sins,” he added.

However, the cleric added, not all people in the West are heartless and criminal.

“When we are talking about the US, we do not mean that American people are criminals; we are indeed referring to the US politicians, who are Satans,” Mesbah Yazdi noted.

“There are healthy and kind people in the West, too. There are good people everywhere. Even among the Israelites, not all people were sinners. There were people among them who prayed all the night until morning. Good people are influenced by the teachings of divine prophets,” he went on to say.

Mesbah Yazdi further referred to one of his foreign trips, saying, “In a trip to Brazil, I delivered a speech for Christian priests and recited parts of Arafah prayer for them. It impressed them so much that the Christian priests burst into tears.”