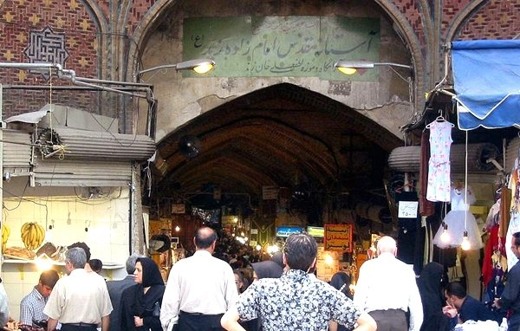 Iran’s economy is improving and one of its signs is people’s shopping excursions before the New Year.

The New Year is approaching in Iran, and the annual yearend bonuses of white- and blue-collar workers are only days or weeks away. This has caused a lot of commotion in the capital where people are on the move to get prepared for the turn of the year.

On February 7, Mehr News Agency filed a report on market conditions and shopping destinations in the run-up to the New Year, saying that the shopping boom time is indicative that Iran is climbing out of recession. The following is a free translation of the report:

People are making planning to compile their shopping list and shopping malls are teeming with frenzied shoppers these days.

Some prefer early shopping to avoid the last-minute hustle and bustle of trade centers as well as the problems associated with late shopping.

Storekeepers hold winter sales or offer cut-rate items not to keep much inventory. They say their items suit every pocket, but people’s take is somewhat different. Sellers are happy that people have lost an appetite for foreign products thanks to the quality items Iranian producers have put on the market.

Those with limited budgets go after off-season shopping. Some buyers say they’ve seen no rise in prices over the past two months thanks to stable foreign exchange rates, although they admit that the prices of clothing have doubled in twelve months.

People’s rush to the market in the final days of the year and booming business are proof that Iran’s economy is climbing out of recession.