Germans in Search of Business Opportunities in Iran 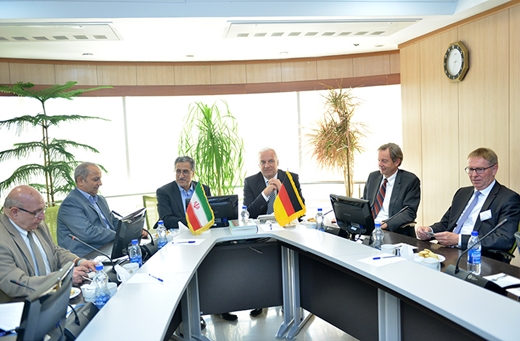 In a meeting between the chairman of the Tehran Chamber of Commerce and the Minister of Energy and Economy of Nordrhein-Westfalen state, there was a focus on expanding bilateral ties and easing banking relations in order to develop trade and investment between Iran and Germany.

“Iran’s economy in the post-sanctions era is rapidly moving towards privatization, and now is a good time for foreign companies, especially those from Germany, to take advantage of investment opportunities,” said chairman Masoud Khansari.

According to Khansari, the banking issues are still the main obstacle against the expansion of bilateral ties, even though the sanctions have been removed.

For his part, Garlet Duin, Minister of Economy and Energy of the German state, accepted that the banking issue is the main problem, and noted that serious negotiations with banks will continue. Good results have been achieved so far, and with patience, problems will be lifted in the near future.

He also announced that Hermes insurance had agreed to resume its activities in Iran, which was good news for investors.