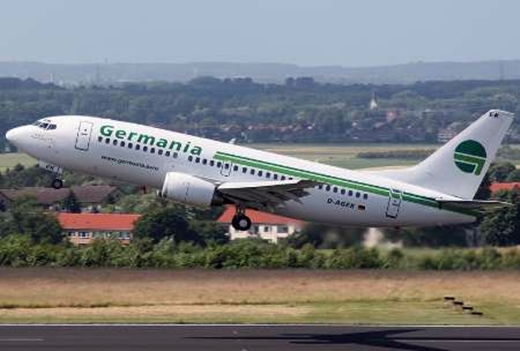 The current one-way airfare will be 220 euros from Berlin’s Schoenefeld Airport, 230 euros from Dusseldorf airport and 250 euros from Hamburg’s airport, according to Balke whose company will deploy the Airbus 319 and the Boeing 737-700 on the route from Germany to Iran.

The return-leg of the flights between Iran and Germany are in a similar price range, airline officials said.

Balke said the easing of the anti-Iran sanctions and the general change in the political atmosphere in Iran were a partial factor in the airline’s decision to launch flights to Iran.

He said the booming Iranian market had tremendous potential given its young population which simply could not be ignored.

Balke said his company was not only eying Iranian expats and German tourists as its potential passengers but also business people, pointing out that many businessmen may especially take advantage of the direct flights between Hamburg and Mashhad.

Germania is also offering flights to other destinations in the Middle East, including the Lebanese capital Beirut.