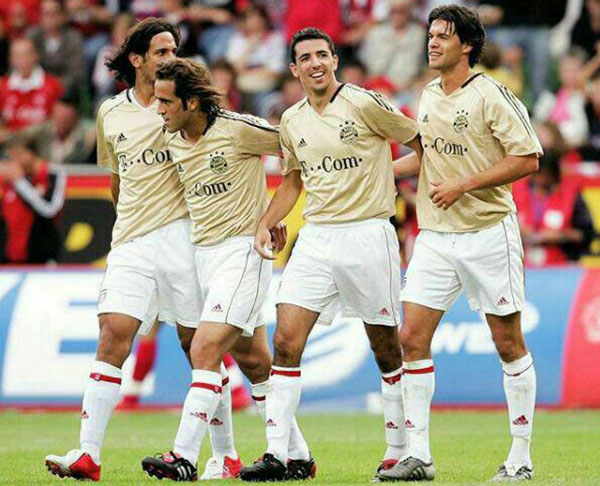 In a post in his social media account, the German football legend Michael Ballack hailed the time when he played beside the Iranian football player Ali Karimi in Bayern Munich football club.

Ballack, who has recently joined Instagram, was welcomed by Ali Karimi who posted in Farsi and invited his numerous fans to follow the page of the German footballer. 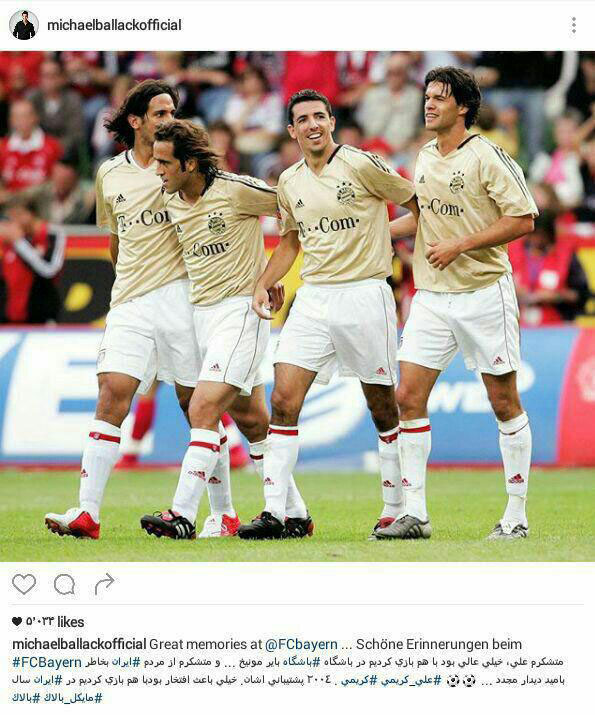 In an English comment under that post by Karimi, Ballack thanked his Iranian counterpart on the same day.

Later on Monday, Ballack decided to post another thank-you message on his Instagram page, this time in Farsi.

“Great memories at @FCbayern,” Ballack said in English as a caption under his photo with Ali Karimi.

“Thank you Ali. It was great that we played together in FC Bayern Munich,” he said in Farsi.

“And I thank Iranian people for their support. I wish we can meet once again.”

“It was a great honour that we [Ballack and Karimi] played together in Iran in 2004,” he said, referring to a friendly match between Iran and Germany in Tehran.