‘Ganjineh,’ a paper 2D animation production is an attempt to inculcate in children proper social behavior.

The animation (Persian for ‘treasure’) is a product of Saba Animation Center. Each episode of the animation focuses upon social maladies, and tries to rectify the social vice through delineation of good and bad behaviors.

The animation is a silent 2D work where it conveys messages through audio, music, and image to the audience. Small simple paper characters are the main cast of the animation which depicts great concepts in simple words.

The animation uses simple, ironic, and symbolic graphics, and would be appealing for both children and adults alike. It features a host of topics including respecting the law, security, social discipline, solidarity, productivity, social equality, cooperation, education, welfare, class conflict, street traffic, science and technology, economics, and capital.

Produced by Saba Animation Center, Ganjineh targets the public audience. It has participated in main section of 30th Short Film Festival and 100-second very short film festival. The animation was awarded with the first prize in 1404 Arts Festival. 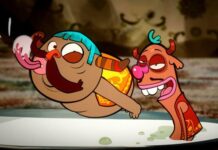 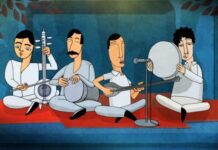 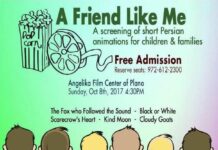