Founding father of numismatics in Iran 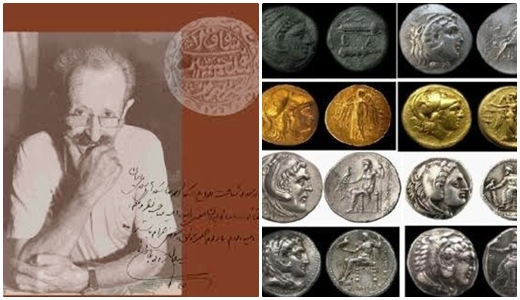 Coins dating back to the reign of Mohammad Ali Shah Qajar are the world’s rarest and most expensive, the veteran numismatist said.

Seyyed Jamal Torabi Tabatabaei, who was born in 1925, has a bachelor’s degree in history and geography from Tehran University. Thanks to his efforts over the years which have resulted in the identification of coins dating back to Islamic and pre-Islamic eras in Iran, he has made a name for himself as a numismatist.

The following is the translation of some part of the comments he made in an interview with tebyan.net in late October:

When I was young, because of my great interest in history, I began to study coins and eventually found out that certificates of nearly 50 percent of those coins were not based on true information.

Given that Iranian coins are varied, numismatics is of great importance in this country and Iran stands first in this field in the region and around the world.

A majority of coins minted in Iran have been identified, more than 95 percent of them by me. I have collected over 3,500 coins from across Iran. Actually, I have mostly bought them from middlemen involved in illegal trade.

Coins dating to the Achaemenid Empire are the most ancient minted in Iran.

Coins dating back to the reign of Mohammad Ali Shah Qajar are the world’s rarest and most expensive because many of them were destroyed due to public resentment toward the king. A 5-rial or a 2-rial coin of that era is worth about $6,000.

The cheapest coins go back to the Eldiguzids era when a majority of coins were made of copper. The most beautiful coins belong to the Ilkhanate era when variety came first.

The largest coins were minted during the reign of Sultan Hossein, a Safavid king, reflecting the country’s booming economy.

I have donated most of the coins I collected to Azerbaijan Museum, but unfortunately a large number of those precious coins have been transferred to other museums across the country.