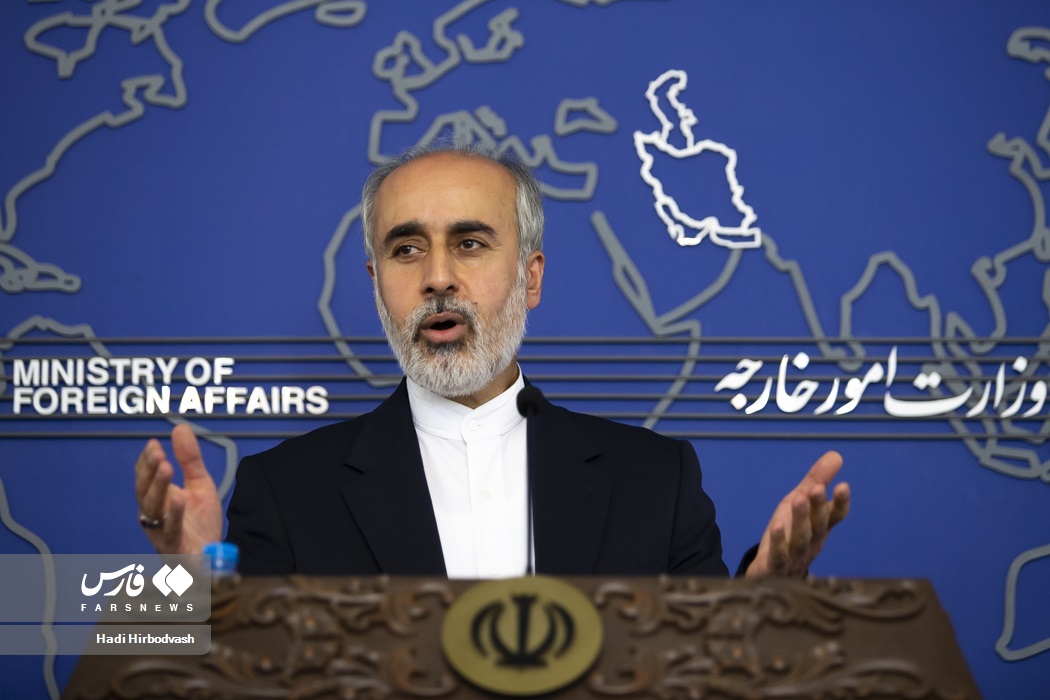 Iran’s foreign ministry spokesman says none of the parties that have accused Iran of involvement in the war in Ukraine has offered any evidence to support their claim, amid accusations that Iranian drones were used by Russia.

Nasser Kanaani said in his weekly presser on Monday that Iran is not a party to the war adding that Tehran has held talks with Ukrainian officials on their anti-Iran accusations.

Kanaani called on Ukrainian officials to stop leveling “accusations” against Iran, saying there is no proof that shows Iran is a party to the war.

The spokesman also turned to Israel’s anti-Iran threats, saying Tehran attaches no significance to such rhetoric.

He said the regime knows well that Iran will give a strong response to any act of aggression.

Kanaani noted that Israel is facing numerous internal crises and it uses a language of threat against Iran to distract attentions from its fragile internal situation.

The spokesman added that the Zionist regime has a long record of engaging in acts of aggression in the region, saying such crimes have only been possible thanks to the support the regime has received from the US and some European countries.

Kanaani also talked about reports that foreign ministers of Canada, Sweden, Ukraine and the UK have called on Iran to accept a binding international arbitration on the issue of the downed Ukrainian aircraft in January 2020.

He said Iran has always stressed the need for consultations and negotiations on the issue in compliance with its international obligations and internal regulations.
The spokesman also turned to the talks for the revival of the 2015 nuclear deal.

He said Iran is fully prepared to conclude the negotiations for the removal of sanctions based on the draft agreement that is the result of months-long talks with involved parties.

Kanaani, however, stressed that this should be based on Iran’s red lines and that Iran will not wait indefinitely on the issue.