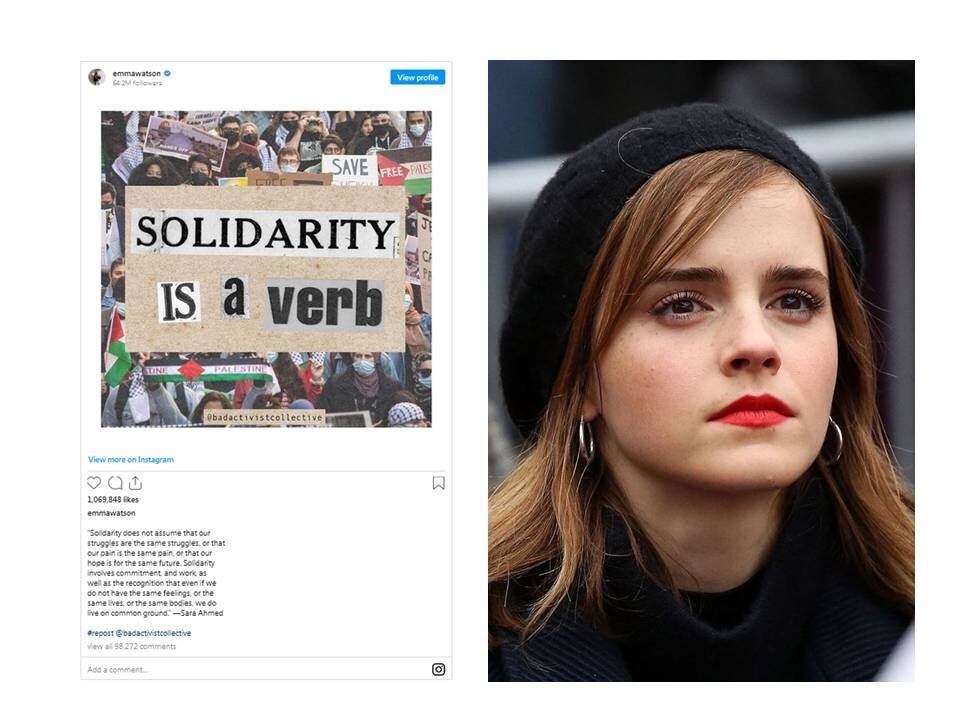 “We join Emma Watson in support of the simple statement that ‘solidarity is a verb’, including meaningful solidarity with Palestinians struggling for their human rights under international law,” the film stars said in a statement.

The film stars also said, “We stand against ongoing Israeli attempts to forcibly displace Palestinian families from their homes in the East Jerusalem neighborhoods of Sheikh Jarrah , Silwan and elsewhere in the occupied Palestinian territory.”

In their statement, the film professionals explicitly condemned antisemitism, Islamophobia and all forms of bigotry.

Last week, an Instagram post on Watson’s account shared a picture from a pro-Palestinian rally with the sentence, “Solidarity is a verb”. Zionist officials quickly condemned the post that was liked by more than one million social media users.

The British actress is perhaps best known for her role as Hermione Granger in the Harry Potter films.