Fiat in talks for car manufacturing in Iran 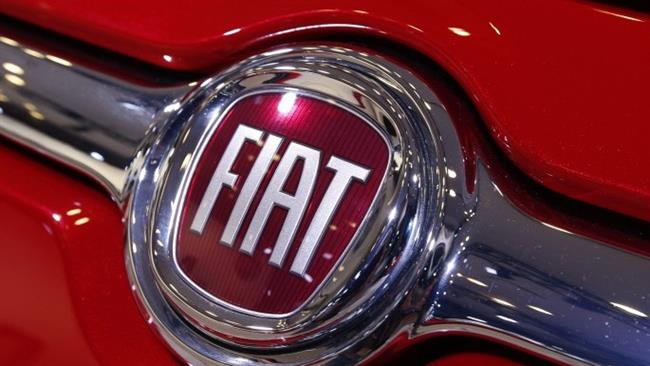 The minister of industries, mines and trade has said that Iran is planning to produce 3 million automobiles in less than 10 years, one-third of which will be exported.

An Iranian car manufacturer is in talks with Italian automaker Fiat SpA to produce cars in Iran which is billed as the Middle East’s biggest auto market, a minister says.

“Fiat has announced its readiness for cooperation with the Iranian automaker and Iran has welcomed it,” Minister of Industries, Mines and Trade Mohammad Reza Nematzadeh said in Tehran Sunday on the sidelines of a joint trade forum.

Fiat, which controls Chrysler, and its subsidiary heavy-truck maker Fiat Industrial SpA halted sales to Iran in 2012 following similar moves by other carmakers under US pressure to cut ties with Tehran.

“More than 10 years ago, negotiations were held between Iranian carmakers and Fiat but the company was not allowed to cooperate with Iran after it started partnership with the US,” Nematzadeh said.

The minister said Iran was ready to cooperate with Fiat on production of light and commercial vehicles and buses as well as gas-fueled engines.

“We are planning to produce 3 million automobiles in less than 10 years, one-third of which will be exported,” the minister added.

The auto industry is the second largest source of foreign currency and foreign technology for Iran after oil.

Nematzadeh said Iranian automakers are looking for tie-up with reputable companies. “In a number of cases, we are finalizing agreements,” he said.

“In the auto parts manufacturing sector, we are also interested in cooperation with Italian companies,” he added.

The announcement came as Iran Khodro Managing Director Hashem Yekke-Zare said his company and PSA Peugeot Citroen had agreed on a 50-50 venture worth €500 million for production of cars in Iran.

The French manufacture faces a backlash from its abrupt pullout from Iran in 2012 amid calls for compensation. Yekke-Zare said the issue of reparations had been resolved without giving details.

Many Iranians are wary that some European countries might be coveting the country’s market of 80 million people merely as a destination for exports instead of making investment.