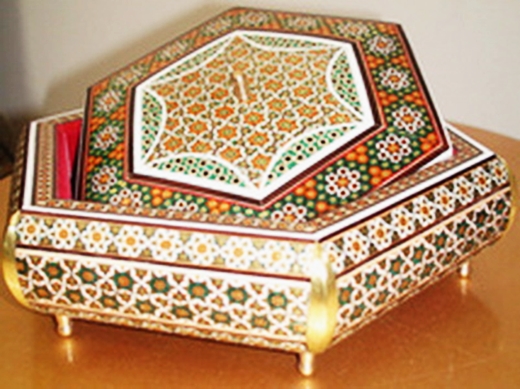 Yadollah Rahmani, an official from the Fars governorate general for the coordination of economic affairs and resource development, said that according to official Custom House statistics, the province has exported $40m of handicrafts and hand woven carpets in the past year 1394 (March 2015-16).

Rahmani said that tourism and handicrafts are two inseparable items, whereby expanding and developing one of them has a noticeable effect on the other, so that their promotion should take place simultaneously.

One of the ways to promote handicrafts and tourism in the province is to make them a knowledge-based sector, so to make them compatible with domestic and foreign markets.

He added that a centre to promote tourism and handicrafts will be opened in Fars Province Science and Technology Park soon.

Fars province Director General for Cultural Heritage, Handicrafts and Tourism organization Mosseib Amiri said that handicrafts have a unique capacity in the economic sector, which could be an important way to fulfill the resistance economy and create jobs.

He said that there are currently 120 fields in handicrafts and more than 200,000 artists active in this sector in the province.

A memorandum of cooperation was signed at this gathering between the Hotel Society and Fars CHHTO to create live workshops and exhibitions in four and five star hotels in the province.