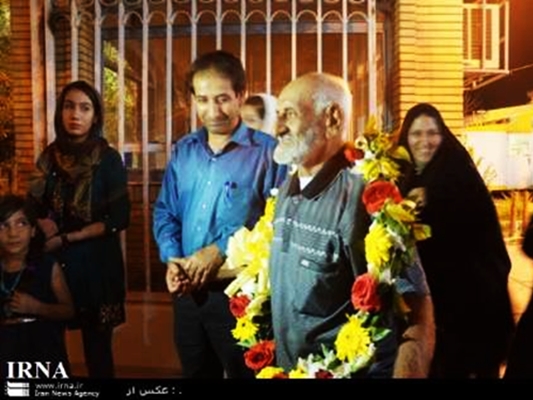 A 76-year-old vendor from Andimeshk in southwestern Iranian province of Khuzestan found his long lost family in a blissful twist of fate.

Here is IFP’s translation of IRNA’s report on the reunion:

His name is Reza-Qoli Qias, but everyone calls him “Amou Reza” [Uncle Reza]. He used to make a living from selling things on the streets of Andimeshk; however, things completely changed in a quirk of fate.

Amou Reza did not have a national identity card, but when he became ill and had to undergo a surgery, he needed to get an ID card. Therefore, he headed to the local office of National Organization for Civil Registration to get it as soon as possible. There, the head of the office, who had heard about his sad story, decided to check the database of Iranian citizens in the hope of finding a clue from his family. 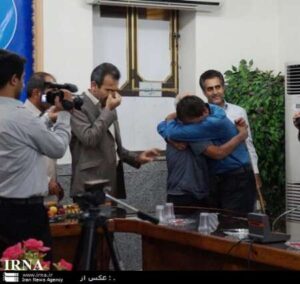 Luckily, he was successful. Maybe an hour earlier, Amou Reza never thought he would see his children once again, but then he was on cloud nine. He could hug his long lost children after 38 years of separation.

Many years ago, he had a life with four children, but things did not work out and he acquiesced to a divorce and moved on with his life.

“After the split, I lost touch with my children because they left the city together with my wife when my youngest child was only three months,” Amou Reza sighed.

“I did anything I could do to find them, but I wasn’t successful.”

His son, with tearful eyes, while kissing his father’s wrinkled hands, noted, “We had lost our hope because the local office of National Organization for Civil Registration in Andimeshk had issued our father’s death certificate.” 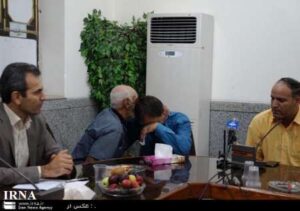 Officials of Andimeshk held a ceremony to celebrate their reunion, after which Amou Reza returned to Isfahan with his beloved ones to start anew.