Families, Including Women, Should Be Allowed into Stadiums: Deputy Minister 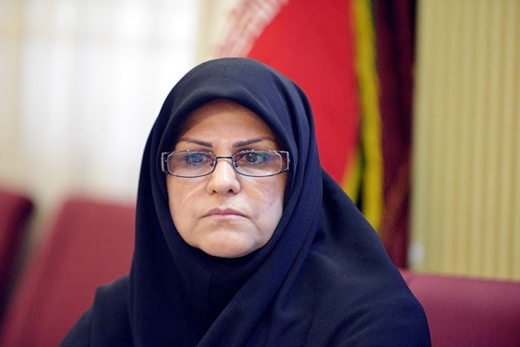 Robab Shahriyan, the Deputy Sport Minister for Women’s Sport Affairs, stressed the need for making it possible for Iranian women to attend sporting events along with their families.

IFP: The controversial ban on women’s attendance in Iranian stadiums has long been debated in Iran. In some cases, including in men’s volleyball games in Tehran a few years ago, women were allowed to attend, but now it has been declared as illegal, despite domestic and international criticism.

An Iranian official has talked about the measures being taken to remove the ban, or at least ease it for Iranian women. Here is IFP’s translation of a report by ISNA.

“Women’s attendance in sports venues is what all women in [Iranian] society want, not just those working in sporting fields,” Shahriyan said in a meeting also attended by VP for Women’s Affairs Shahindokht Mowlaverdi.

“We have studied the presence of women in sports venues, and separated the fields where women can watch the games from other fields,” she went on to say.

“It is not necessary that women go to stadiums to watch events such as wrestling and swimming, but their attendance in other fields is possible, and the grounds should be made ready for this.”

She stressed that other bodies should also cooperate to facilitate women’s attendance, but at the same time noted that it takes time to make the required arrangements.

Families, including women, attended men’s Taekwondo games a few months ago, and no problem was reported, she said, adding that the focus is on the presence of families in stadiums.

“For example, a mother might like to watch her child’s game along with her husband. In such cases, it is necessary to pave the way for the presence of families in stadiums,” the Iranian official added.