Fake US Embassy in Ghana Shut Down after 10 Years 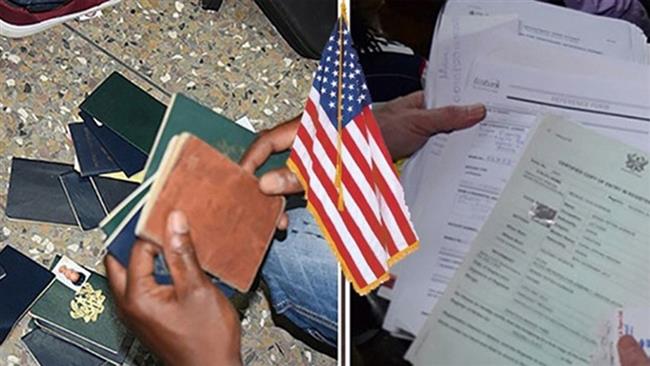 A fake embassy in Ghana flew the American flag, hung a photo of President Obama and issued US visas for more than a decade.

According to a report covered by ISNA in Persian, the building that operated as a US embassy in Ghana was a fake, the US State Department says.

The enterprise, which issued fraudulently obtained legitimate visas, counterfeit visas, and other false identification documents, was overseen by figures from Ghanaian and Turkish crime rings working in cahoots with corrupt Ghanaian officials, the US State Department said in a statement. It operated three days a week in Accra, the capital.

The State Department did not say how many people may have entered the United States illegally using documentation issued by the crime ring, nor did it say how the ring may have obtained official documents.

Visas and passports from 10 different countries were found during raids on the nondescript stucco building with the corrugated tin roof, the State Department said.

Authorities shut down the operation after receiving a tip last summer and conducting a joint investigation by diplomatic security agents at the real US embassy in Ghana, Ghanaian authorities and other international partners.

The operation also uncovered a fake Dutch embassy in Accra, the State Department said, as reported by CNN.

The sham embassy advertised its services through fliers and billboards to cultivate customers from Ghana and neighbouring countries, the State Department said.