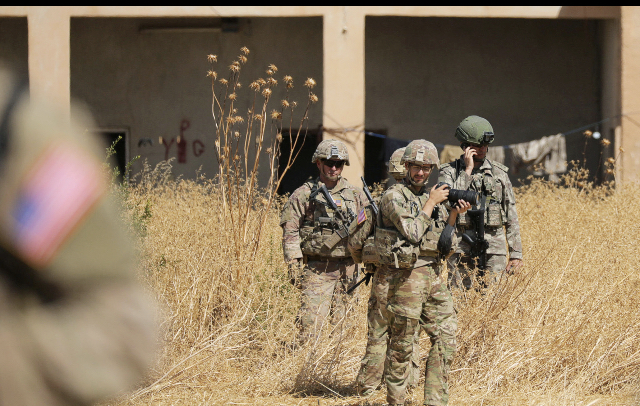 Multiple blasts could be heard inside the US military base in the At-Tanf area, located in Homs Province, near the Iraqi border, Syrian state TV reported on Sunday.

Syrian state television reported on Sunday that multiple explosions had been heard inside the US base in the Al-Tanf region in eastern Homs.

The American military has not commented on the reports so far.

Last month, the New York Times reported that the base was targeted by “suicide drones” in October, alleging that the attack was coordinated by Tehran.

The desert base, located along the M2 Baghdad-Damascus highway, has been held by American forces since 2016. At the time, it was used to train Washington-backed opposition forces, fighting against the government of President Bashar Assad.

Damascus previously called the base “a sanctuary for the terrorists in the region”, stating that the anti-government militants are getting their weapons there.

American forces are operating on Syrian territory without the consent or authorization of the United Nations. Damascus has repeatedly stressed that the presence of US troops in Syria is illegal because they were never invited for deployment.