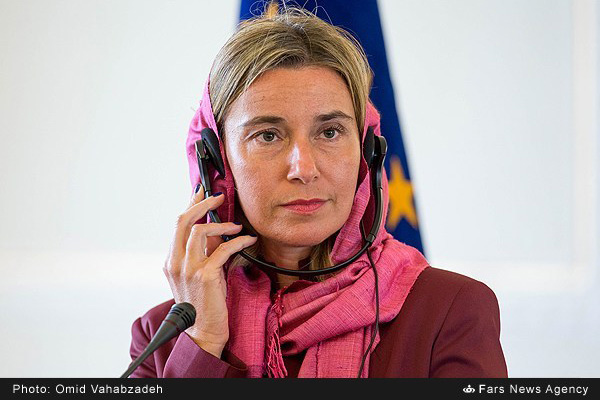 The European Union’s Foreign Policy Chief Federica Mogherini has arrived in Tehran to hold talks with President Hassan Rouhani and Foreign Minister Zarif as part of the outreach on Syrian crisis.

The visit comes in the framework of decisions taken by the Foreign Affairs Council and the European Council last week to engage in dialogues with key regional actors on the Syrian crisis.

The High Representative for Foreign Affairs and Security Policy/Vice-President of the European Commission will hold talks on Saturday with Iranian President Rouhani and Foreign Minister Zarif, before departing for Riyadh later in the day to discuss the Syrian situation with Saudi officials.

Mogherini’s visit comes a day after foreign ministers of Iran, Russia, and Syria sat down for talks in Moscow for a trilateral meeting on the Syrian crisis.

During the meeting, the three senior diplomats censured the US for its unconstructive measures in combating terrorism in Syria, and stressed Syrian-Syrian talks as the only viable way to settle the crisis in the war-torn country.