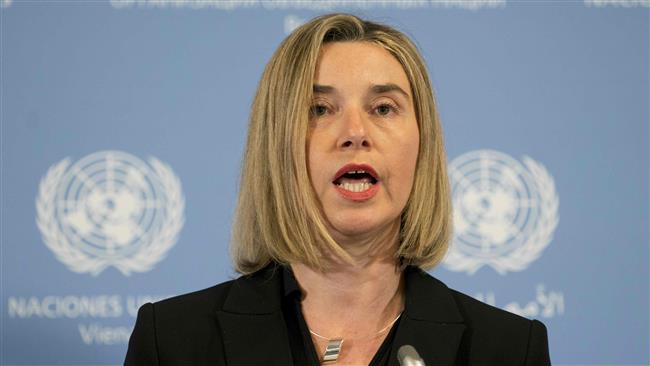 European Union (EU) foreign policy chief Federica Mogherini has confirmed that she is planning "an important visit" to Iran following the implementation of a landmark nuclear agreement between Tehran and the P5+1 group of countries.

Speaking at a Saturday press conference in Amsterdam, the capital of the Netherlands, after a meeting of EU foreign ministers, Mogherini added that she was preparing the historic visit to Tehran in the near future but added that no exact date has been set yet.

She said preparations with Iran were well underway, adding that all 28 members of the bloc were backing the opening with Iran.

“It was very important to see the unity of the member states in the direction, intentions and preparations of this work we are doing with Iran,” Mogherini added.

“I can also confirm that I debriefed the [EU] ministers on the plans for my visit [to Iran], it’s going to be an important visit for sure, that we are preparing already with the Iranians,” the EU foreign policy chief stated.

After JCPOA went into effect, all nuclear-related sanctions imposed on Iran by the European Union, the Security Council and the US were lifted. Iran has, in return, put some limitations on its nuclear activities.