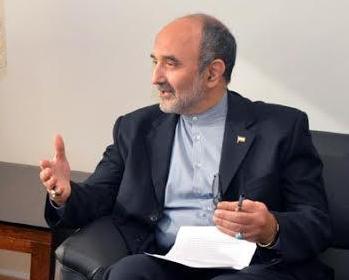 Iran’s Ambassador to Pakistan Mehdi Horandoust outlined the situation in contemporary Iran, thirty seven years after the victory of the Islamic Revolution and said the Iranian nation has now invited the world community to peace, tranquility and friendship.

In an article published in “Navya Waqt” newspaper on the occasion of the victory anniversary of the Islamic Revolution in Iran, he gave a brief revolutionary era history and outlined its unique characteristics.

He referred to the close alliance between the Iranian nation and its leader as the key for its overcoming numerous plots hatched by enemies against it and said even during the negotiations with the P5+1 on its nuclear program, the country managed to manifest the power of its diplomatic skills.

The ambassador said that during the negotiations the nation succeeded to prove that it could be quite vigorous even in diplomatic arenas.

Honardoust said that now in the post-sanctions era, Iran is opening a new chapter in its relations with the world especially the regional countries.