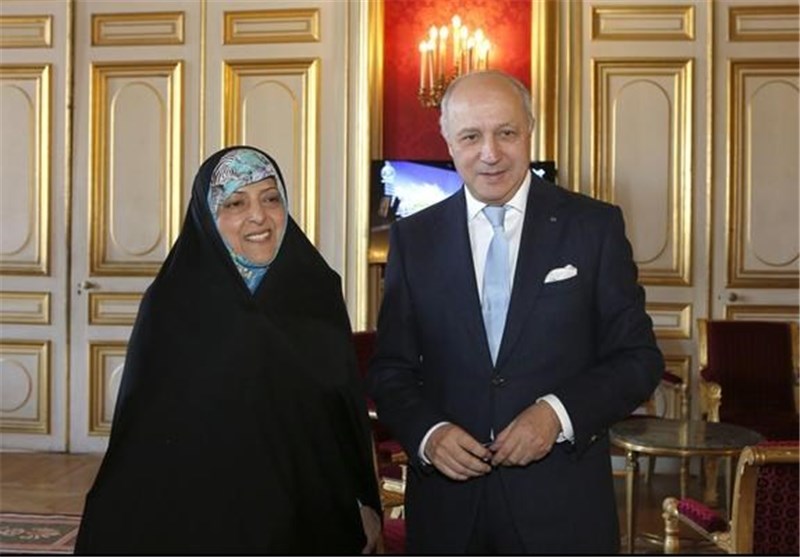 A meeting was held between Head of Iran’s Department of Environment Masoumeh Ebtekar and French Foreign Minister Laurent Fabius during which environmental issues were discussed.

Speaking in a press conference after the meeting, the Iranian official said she and Fabius conferred on ways to cooperate in the field of green technology.

“Our bilateral meeting today was also focused on the two countries’ cooperation on environmental issues and negotiations related to climate change,” she added.

Ebtekar further said that a conference on the United Nations Framework Convention on Climate Change will be held in Paris in December, noting that climate change has inflicted great losses on Iran, especially through dwindling water resources, increased temperature, and the haze problem.

Fabius’s visit came two weeks after Tehran and 5+1 (Russia, China, the US, Britain, France and Germany) reached a conclusion over the text of a comprehensive 159-page deal on Iran’s nuclear energy program.

The comprehensive nuclear deal between Iran and the six powers (dubbed as Joint Comprehensive Plan of Action or JCPOA) would terminate all nuclear-related sanctions imposed on Iran after coming into force.