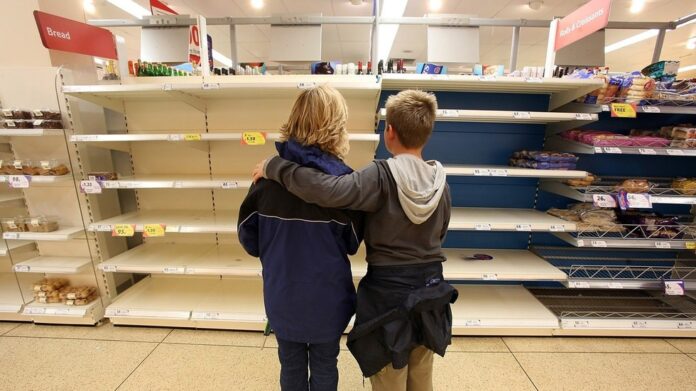 Concerns over supply-chain woes, soaring energy bills and staff shortages have prompted Britons to stockpile essentials for Christmas. The supply crisis in the UK has left supermarket shelves empty.

Pictures and videos of empty shelves across the UK are emerging among reports that up to a third of lorries on the roads are completely empty.

Depleted supermarket shelves have been seen across London, with supplies of milk, bread, sandwiches and fizzy drinks running low in certain stores.

And a nearly empty fresh fruit and veg section was also seen in an Asda store in Cardiff, where some of the freezer and fridge sections were completely empty.

The news comes as millions of Brits have been unable to buy essential food in the past fortnight, with one in three already having started stockpiling for Christmas.

This has led to calls for Britain’s supermarkets to ditch their traditional rivalries in a bid to boost the beleaguered supply chain this Christmas and prevent almost one in three lorries on the road being completely empty.

Rival retail chains have been told that they need to collaborate in the run-up to the festive season as the shortage of haulage drivers continues to threaten stock deliveries across the country.

Trade magazine The Grocer reported that supermarkets have been urged to avoid a “survival of the fittest Christmas” this year to prevent further stresses piling onto an already creaking logistics network.

The call comes as statistics from the Department for Transport show that poor utilisation of distribution capacity sees around 31 per cent of lorries on the road completely empty while those that contain goods are on average only 60 per cent full.

The Grocer said that the UK’s ongoing driver shortage has created stiff competition among supermarkets for limited haulage availability, with each retailer intent on minimising their own disruption.

But as demand builds in the run-up to Christmas they have been urged to show greater collaboration to ease the burden on supply chains.

Shane Brennan, chief executive of the Cold Chain Federation, told the magazine: “The biggest choice every one of the major supermarkets has got this week is: are we going to have a survival of the fittest Christmas or are we going to all work together and try and get through Christmas.

“The problem with crisis is everyone fights to protect their own. So what you are finding is businesses fighting to protect the certainty of their own deliveries and that pushes against collaboration and co-ordination of efficiencies,” Brennan continued.

Tesco announced this week that it was increasing its use of rail freight by almost 40 per cent to help keep its shelves stocked during the driver crisis.

It has also been reported that bus drivers are quitting to take up better-paid work as lorry drivers, leaving some key routes understaffed or axed entirely from the timetable, as operators point the finger at road haulage bosses for poaching their drivers in recent months.

Britain’s supply chains were brought to a standstill by the exodus of European truckers, leading to fuel shortages and empty shelves in supermarkets, as a result of the Boris Johnson’s government’s disastrous Brexit plan. 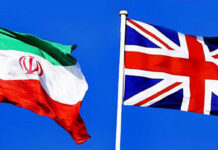 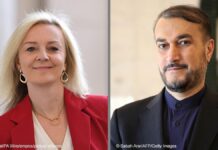 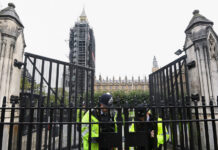