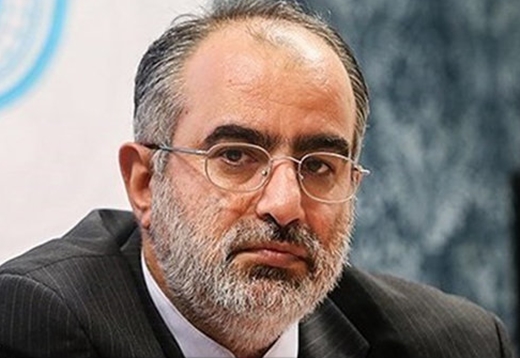 A presidential advisor has said that information on nuclear talks should not be divulged and the country should bar the Saudis and Zionists from pitching their Iranophobia scenario.

Hesameddin Ashna, a cultural advisor to President Rouhani, has drawn comparison between Operation Karbala 4 [an operation during the Iran-Iraq war in 1986 which was a setback to the Iranian military because the enemy was in on its details even before it was staged] and nuclear talks between Iran and P5+1 and appealed for contribution by all to help the talks produce the desired results.

The following is the translation of a report Khabaronline.ir released on what else Ashna wrote on his Facebook page.

For the sake of the innocent blood shed during Operation Karbala 4, don’t let information on the Operation June 2015 spill out. I know the comparison might strike some as surprising. But our divers are already in action, we need to camouflage them. The public does not know all the things that happened in the nuclear industry between 1989 and 2005 and nuclear talks between 2005 and 2013. In 2013, however, for the greater good, it was decided to moderate the course of the nuclear industry and the talks to protect the country against the plentitude of deceptions practiced by humans serving diabolic purposes.

That the Arabs and Israelis would oppose Iran comes as no surprise; but the pent-up sentiments of the new Saudi officials and their assumption of a US-like role in the region put Saddam and his supporters to shame. What the Saudis call the Persian Tide is a psychological answer to the progressive move of the Iranians to reclaim the region’s past glory, which this time around comes not through humiliation of neighbors, but through respect for and cooperation with them. That the president has said nuclear talks mark the beginning of the road – not the end of it – is indicative of the very same fact.

Iran does not want the Saudis and the Zionists to pitch their Iranophobia scenario any further. With sanctions in place, regional rivalry is like taking part in a sprint with your feet tied. We can rid ourselves of the trap of sanctions and create a new opportunity for our revolution. To be qualified for world games, we need to emerge victorious in regional competitions first.