Iran Front Page
Home World Africa Djibouti, a Military Base for All Countries in the World! 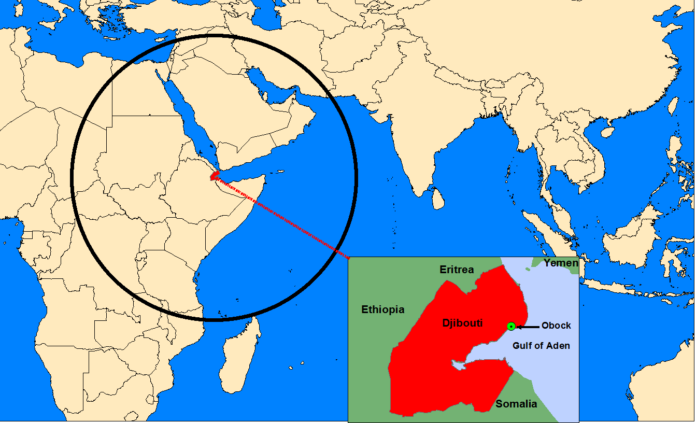 Djibouti says the country is prepared to welcome Arab and Western armies to build military bases in its territories.

According to a Farsi report by ISNA, in a recent interview with the Saudi newspaper Asharq al-Awsat, Djibouti’s Foreign Minister Mahmoud Ali Youssouf said his country has been interacting with Arab countries in the Arab League and other international bodies.

“We stood by Saudi Arabia when it was threatened by some groups and were among the first countries to sever our diplomatic ties with Iran,” said the official.

When King Salman Bin Abdulaziz called for formation of an Arab coalition against the Houthis in Yemen, Djibouti was the first country to open its flight zone and territorial waters for Saudi Arabian forces.

He said Djibouti and Riyadh are in talks for construction of a military base in the former and the two countries’ top military officials have held several meetings in this regard.

A draft strategic security agreement has been prepared to that end, and it will be signed soon, he added.

Youssouf also said that the Saudi base will be undoubtedly built in his country but it may become a lengthy process due to technical matters, not political ones.

He said some coastal regions in Djibouti have been designated for construction of the base.

Saying that China is about to set up another military base in the poor African country, Youssouf said that his country is also hosting American forces and later on such Europeans as Italians and also Japanese to build their military bases in Djibouti territories.

“China has asked for a military base in Djibouti and we are preparing the grounds for that to happen. Some may say that there might be some conflict of interests in this regard but it is not true at all,” the official added.

Djibouti, a resource-poor nation strategically situated in the Horn of Africa, relies on donations from Saudi Arabia.

The country has been following in Saudi Arabia’s footsteps in its foreign policy, among them severing its diplomatic relations with Iran in January 2016 and making baseless claims about Tehran’s intervention in the affairs of Arab countries.