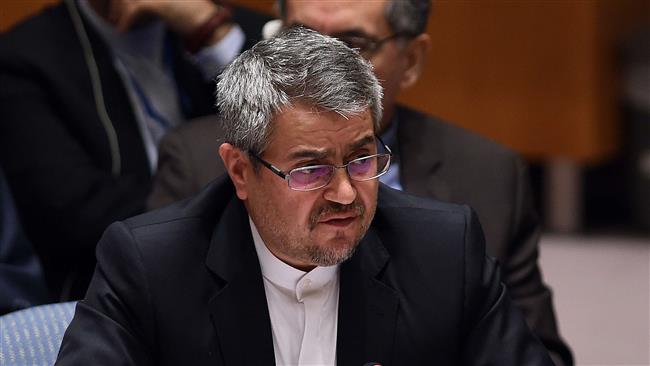 The Iranian ambassador to the United Nations has regretted that the world’s developed countries have endangered world peace through their ill-treatment of developing nations.

Gholam-Ali Khoshroo, Iran’s ambassador and permanent representative to the UN, made the remarks on Monday, addressing an open meeting of UN foreign ministers on behalf of the Non-Aligned Movement (NAM), whose rotating presidency is currently being held by the Islamic Republic.

“Developed countries’ disregard for the economic and social rights of developing states has jeopardized world peace and security,” he said, condemning the “hostile unilateral economic measures” adopted by the world’s powers against developing countries.

He said NAM has always demanded that the international community adhere to such principles as “respecting [countries’] sovereignty, equality, independence, opposition to the use of force or threats to apply force,” etc.

He also said that “refraining from recourse to adversarial unilateral economic measures as a means of applying pressure on NAM members and restraining their freedom and independence, opposition to the categorization of countries as good and evil based on one-sided and unjustifiable criteria, and resort to preemptive defense theories by some countries against others” were other NAM principles relevant to the UN Charter.

The envoy reasserted the movement’s position that the world body’s Charter enjoys various capacities, which could be used toward the resolution of international crises.

In conclusion, he warned against gratuitous recourse to the Charter’s Chapter VII, which authorizes the UN Security Council to allow measures such as sanctions or military intervention if countries do not meet its demands.

He said resorting to Chapter VII of the Charter should be a last resort and only come when a real and serious threat is posed to international peace and security.

NAM, an international organization with 120 member states and 21 observer countries, is considered to be not formally aligned with or against any major power bloc.