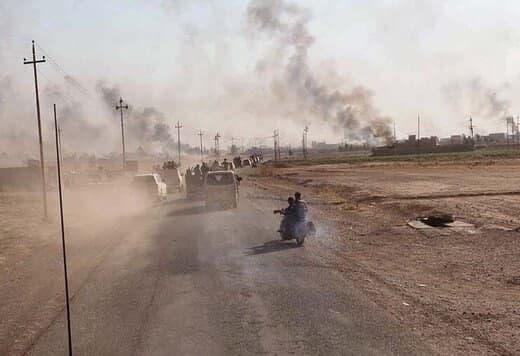 They were killed in Daesh attacks against 3 police checkpoints in Salaheddin. Media reports said the police called in airstrikes following the Daesh attack.

Also on Tuesday, Daesh terrorists carried out an attack on a village in Iraq’s Diyala province, killing 13 Shia Muslim people from a single tribe.

Four of the victims were reportedly beheaded by the terrorists. Seven others were wounded.

The two attacks come as informed sources and media outlets affiliated with the axis of resistance warned several months ago about Daesh’s movements in Iraq’s Diyala and Salaheddin provinces.

They said the Daesh terrorists were being mobilized in the region on board US choppers with the aim of posing a threat to Iran’s western borders.