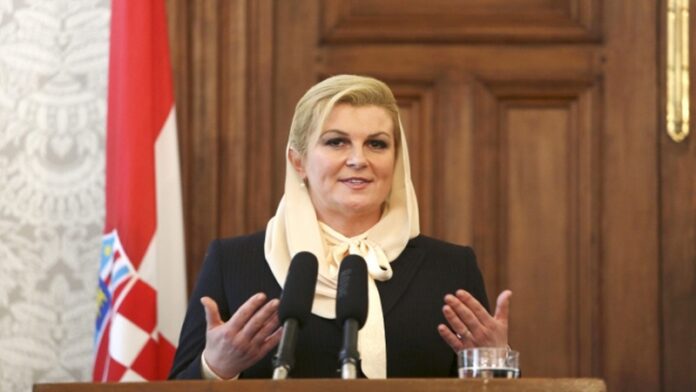 Croatian President Kolinda Grabar-Kitarović is scheduled to pay an official visit to the Iranian capital on Tuesday May 17 for talks on the enhancement of economic cooperation between the two nations.

The three-day visit by the Croatian president and her accompanying delegation will come at the invitation of Iranian President Hassan Rouhani.

The Iranian President’s deputy chief of staff for communications and information, Parviz Esmaeili, said that President Rouhani will officially welcome and Grabar-Kitarović on Wednesday.

The two sides also plan to sign several agreements and memoranda of understanding for bolstering cooperation, the Iranian official said.

On Wednesday, she will attend a meeting of Iranian and Croatian economic advocates and private sector representatives, as well as meeting senior officials, Esmaeili added.

He added that the Croatian president will wrap up her visit and leave Tehran on Thursday.

According to an earlier report carried by Total Croatia News, about 50 Croatian companies will send representatives to join the President on the trip.