A critical look at the 5:2 diet 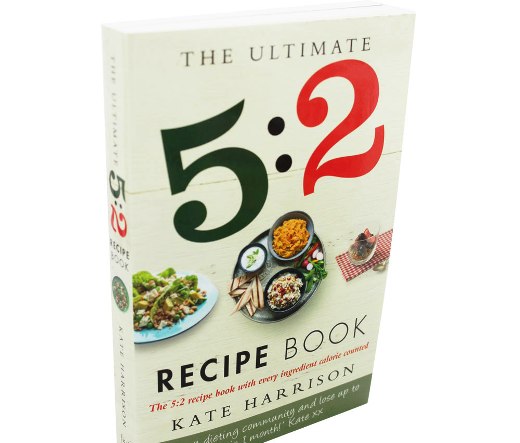 A thin, fat or even a fit individual should consume all food groups on a daily basis based on their body needs to maintain their health and get the required energy.

On December 6, Salamat, a weekly, carried a report in which specialists weighed in on a diet known as the 5:2 and its potentially harmful side effects. The following is a partial translation of the report by the weekly’s Neda Ahmadlou:

The 5:2 diet! Many of you have never heard of such diet, but diet fans and those who are interested in continued yet easy diets are thoroughly familiar with it. The 5:2 is a new diet which first gained popularity with the British before finding its way to Western Europe and America.

The attributes of “fast and simple” which the specific dietary regimen possesses have earned it popularity with celebrities. Among other celebrities, American singer Jennifer Lopez, Miranda May Kerr, an Australian fashion model, and Dominic John Joly [known as Dom Joly], an English television comedian and journalist have promoted the newly-emerged diet. If you want to learn more about the pros and cons of it you’d better read what follows.

‘The 5:2 Diet Book’ which builds on ‘Feast for 5 days a week and fast for just 2 to lose weight, boost your brain and transform your health’ hit the British bookshelves and before long it turned into a bestseller. Among other things, simplicity, flexibility, affordability and freedom offered by the 2-days-a-week diet which reportedly contributes to minimizing the risks of diseases are the key advantages that the book claims the diet has. Although the book goes to great lengths to highlight the healthy aspects of the dietary regimen, the fact remains that there is not much scientific evidence to substantiate such claims.

The 5:2 diet is a weekly diet based on which women cannot consume over 500 calories for two non-consecutive days a week, whereas the calorie intake for men is 600.

Dr. Mohammad-Hassan Entezari, a nutritionist, is of the opinion that the 5:2 diet is not based on science, whereas nutrition is the science of balance, proportion and variety. A thin, fat or even a fit individual should consume all food groups daily based on their body needs to maintain their health and get the required energy.

Entezari’s sys he believes the diet is not sustainable and thus cannot be followed in the long run. He denounces the imbalance in calorie intake of the diet as its major problem, saying that a drastic and sudden rise and fall in weekly calorie intake could take a heavy toll on digestive, cardiovascular and immunity systems, leaving people susceptible to diseases.

The nutritionist is of the conviction that the average weekly calorie intake will probably see a fall by sticking to this diet. However, the heavy damage caused by the erratic diet cannot be easily ignored.

Dr. Entezari says based on scientifically-recommended weight-loss diets, the daily calorie intake should not go below 1,100 Kcal for women and 1,200 Kcal for men. And the calorie intake of 500 or 600 Kcal even for two days a week could trigger extreme hunger and deliver a serious blow to vital body organs.

Dr. Shahram Aghah, a gastroenterologist, is of the opinion that some digestive conditions can be aggravated by this diet. For instance, the stomach of those who digest little food for two days a week will get used to taking in a small volume of food. When the dieter uses more food on the other five days, he will suffer indigestion.

Dr. Mohammadreza Rajabi, a cardiologist, says that difficulties in breathing and palpitations are the cardiovascular complications which threaten the fans of the 5:2 diet or any dietary regimen that includes periods of hunger and overeating.

And Dr. Aria Jenabi, a nephrologist, recommends that in order to have healthy kidneys, we should follow a balanced, low-salt and low-protein diet. The more erratic a dietary regimen like the 5:2 diet is, the heavier the damage it causes to kidney in the long run, he warns.