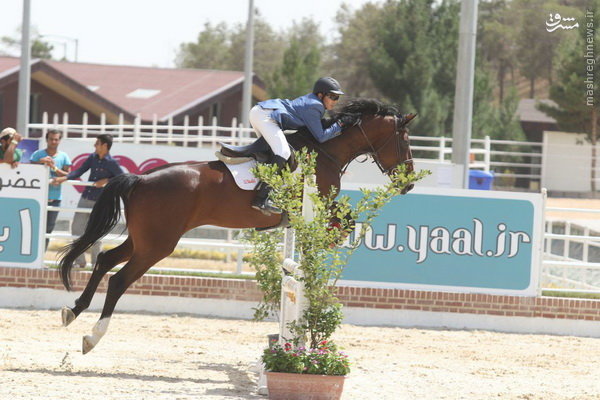 Iranian media have been publishing conflicting reports on Saturday, July 9, about the participation and championship of Syrian President Bashar al-Assad’s daughter Zain al-Sham in a horse-riding competition held in Tehran. Here is IFP’s coverage of what different sources told Iranian news agencies.

Mashregh News quoted Mohammad Kazemian, the Secretary of Iran’s Horse-Riding Federation, as saying that the Syrian President’s daughter did participate in the competition and even claimed the title.

“Apart from political issues, I should say that she is a good rider and can be a role model for Iranian teenagers,” Kazemian said, hailing her high skill and good training in spite of her age.

“Syrians participated in the competition with great athletes. Assad’s daughter was a smart rider, and was highly-skilled in performing different moves. She rode very well and bravely.”

“Syrian embassy and other related organizations carried out the paperwork for her presence in Tehran, and we just cooperated with them in the athletic aspect,” he went on to say. 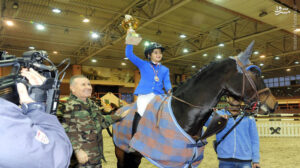 Mashregh further referred to Zain al-Sham Bashar as the only daughter of the Syrian President, and described her as a skilled horse-rider, whose horse-riding photos and championships can be found in the Internet.

However, Fars published a statement by the Public Relations Department of Iran’s Horse-Riding Federation, which dismissed the media reports.

“Horse-riding federations of Georgia, Hong Kong, Syria, Lebanon, Chinese Taipei, Singapore, Thailand, and India introduced their athletes to Iran’s horse-riding federation based on official protocols, and their teenage and young riders took part in these competitions according to the rules and regulations,” the statement said.

“There were reports about the presence of Syrian President’s children in this competition. We categorically dismiss the claims, and stress that his children did not take part in the competition,” it added.