Committee Considering Ways to Reclaim Iran’s Assets Seized by US 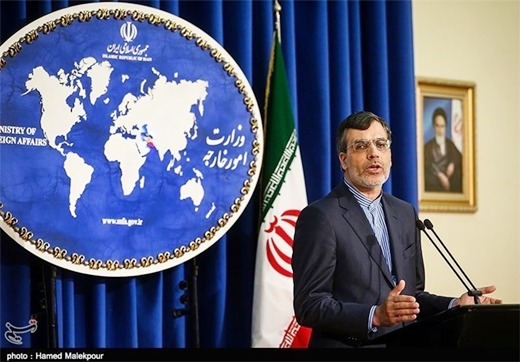 Iran’s administration has set up a committee to take a series of legal and political measures to restore the Central Bank of Iran’s assets, seized by Washington according to a US court order, a Foreign Ministry spokesman said Monday.

Speaking at a weekly press conference in Tehran, Hossein Jaberi Ansari said the committee, led by Minister of Economic Affairs and Finance Ali Tayyebnia, will submit reports to the officials.

He also noted that the committee has reached a conclusion on a series of legal and political actions to restore the rights of the Iranian nation.

Slamming the US move as unlawful, the spokesman underlined that Washington is held accountable for “international robbery”.

Earlier in April, the US Supreme Court upheld the Congress and President’s actions to hold Iran financially responsible for the 1983 bombing that killed 241 Marines at their barracks in the Lebanese capital, Beirut.

While the US measure has drawn widespread condemnation from Iran, Deputy Foreign Minister Abbas Araqchi said last week that the Iranian committee is also tasked with preventing similar future cases of seizures of the country’s assets.

“There are ways to get that money back,” he explained, blaming the previous administration’s imprudence for the seizure.

President Hassan Rouhani has also described the move as “a blatant robbery”, saying his administration will spare no effort to get the money back.