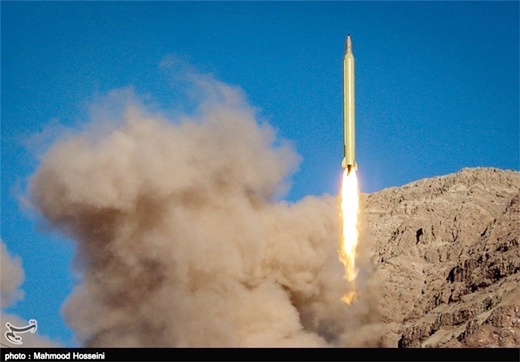 Iran has test-fired a high-precision ballistic missile with a range of 2000 kilometres which is accurate to within 8 metres, Brigadier General Ali Abdollahi, the Deputy Chief of Staff of the Iranian Armed Forces, announced.

The commander refused to provide further details of the missile or its name.

He further emphasized that the headquarters of the chief of staff of the Iranian Armed Forces has allocated 10% of its defence budget to research projects aimed at strengthening defensive force.

Iranian officials have repeatedly underscored that the country will not hesitate to strengthen its military capabilities, including its missile power, which are entirely for defence, and that Iran’s defence capabilities will be never subject to negotiations.

In March, the IRGC test-fired two types of Qadr ballistic missiles during large-scale drills, codenamed “Might of Velayat”.

The two ballistic missiles, Qadr-H and Qadr-F, were launched from the heights of East Alborz Mountains, north of Iran, and hit targets on the Makran coast, in the southeast of the country.